Biden to be 46th President of US; Trump refuses to concede 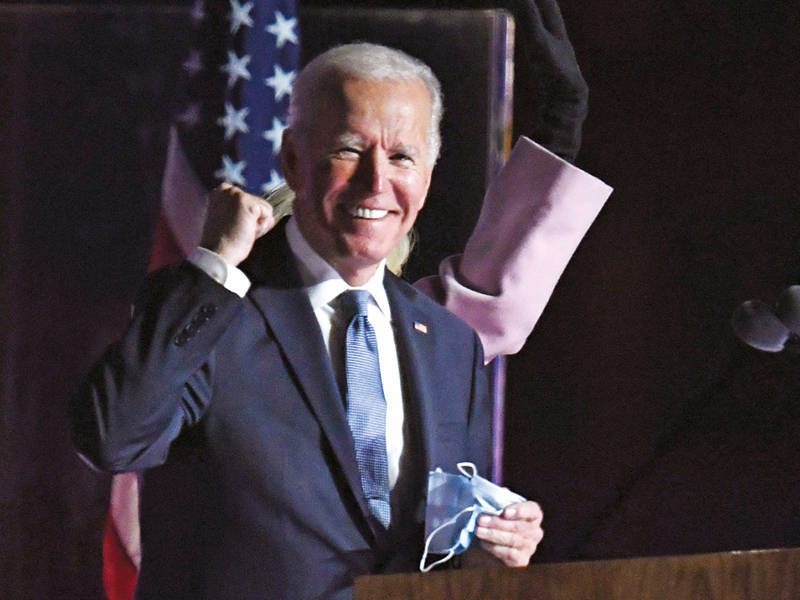 Democrat Joe Biden won the White House, defeating Donald Trump and ending a presidency that convulsed American politics, shocked the world and left the United States more divided than at any time in decades.

NN, NBC News and CBS News called the race in Biden’s favour just before 11:30am (1630 GMT) as an insurmountable lead in Pennsylvania took the 77 year old over the top in the state-by-state count that decides the presidency.

President-elect Joe Biden issued a statement, saying he was “honoured and humbled by the trust the American people have placed” in him and Vice President-elect Kamala Harris.

“In the face of unprecedented obstacles, a record number of Americans voted. Proving nce again, that democracy beats deep in the heart of America. It’s time for America to unite. And to heal.”

President Donald Trump reacted on the election result, saying, “We all know why Joe Biden is rushing to falsely pose as the winner, and why his media allies are trying so hard to help him: they don’t want the truth to be exposed. The simple fact is this election is far from over. Joe Biden has not been certified as the winner of any states.

“Beginning Monday, our campaign will start prosecuting our case in court to ensure election laws are fully upheld and the rightful winner is seated.”

Biden, who got the votes of a record more than 74 million people, was hunkered down with his running mate Kamala Harris, in his hometown of Wilmington, Delaware. Harris, a senator and former California attorney general, will make history as the first Black woman to enter the White House in either of the two top jobs.

At 56, she is seen as a leading contender to succeed Biden and try to become the first female US president.

The president-elect will be inaugurated on January 20.