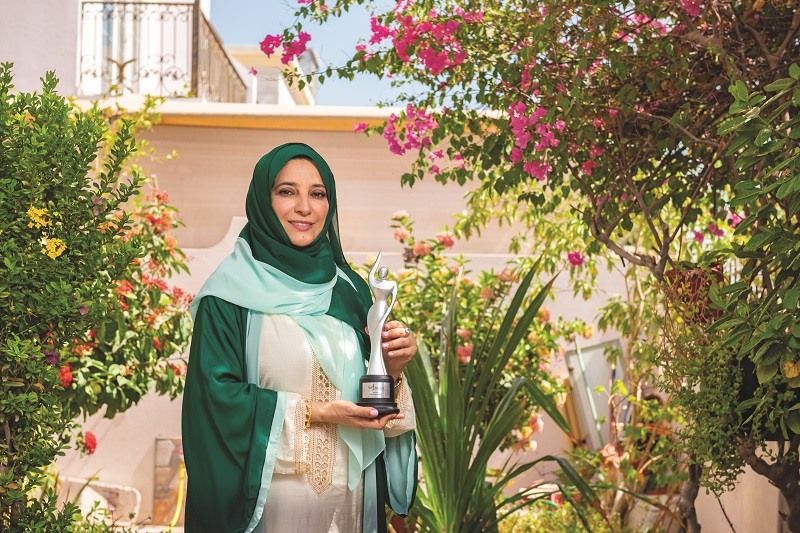 Jamila al Harthy, a woman with nerves of steel who faced many personal and professional challenges in life in a male-dominated society, takes pride in disclosing that she shaped her own destiny by sheer hard work and dedication.

Determined to succeed against all odds, she had built her own house and started a real estate business all on her own, to become a symbol of financial independence and personal success for all the female members of her family.

Socially active, Jamila has been an advocate for Alzheimer’s Disease Awareness and Women’s Rights in Oman alongside her fulfilling career in the Oil and Gas sector in Oman. She had worked for over 20 years in Petroleum Development Oman (PDO) and is known for being totally engaged in her job.

Jamila, who graduated with honours as a petroleum engineer from United States, is the first Omani lady to work on offshore operations in the Southern North Sea in UK. She has also travelled several times between Oman and Holland, UK, Brunei, and China for sharing her knowledge and best practices on successfully employing new technology that led to an increase in oil reserves.

She had also been posted in the Ministry of Oil and Gas for five years as a technical advisor, regulating major operating oil companies in Oman, such as Oxy, BP, Daleel, CEED, and others
With a long and fulfilling career behind her, Jamila (who retired in March) has been not just an a formidable coach to young Omani engineers, but also an inspiration to many more who are contemplating a career in the oil sector.