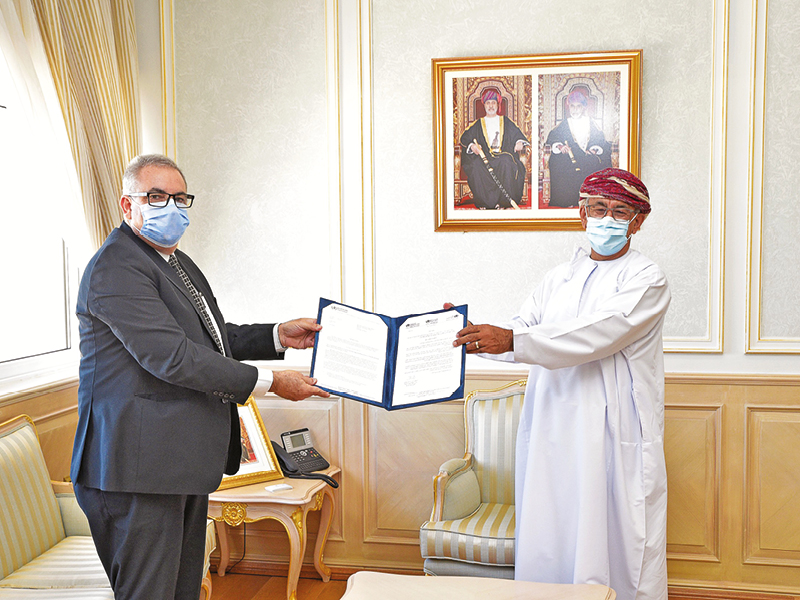 At the ceremony, both Dr Jabbour and H E Dr Sa’eedi reiterated their pledges to support the health priorities of the sultanate.

H E Dr Sa’eedi reaffirmed the commitment of Oman’s government to promote Universal Health Coverage, promoting the 2030 Sustainable Development Agenda, and to achieving the WHO Triple Billion Targets by 2023.

“It is a great honour for me to be in Oman. I am very enthusiastic about my new position and I am looking forward to working closely with the government and to continue WHO’s commitment to supporting the country’s contribution to the Triple Billion Health and the WHO-Oman Country Cooperation Strategy,” said Dr Jabbour.

He started his career in WHO as a manager of the Non-communicable Diseases Programme, WHO Country Office, Lebanon. He joined WHO EMRO in 2003 where he held different posts, including Surveillance Officer for Tuberculosis, Medical Officer for Emerging Infections and Regional Adviser for the International Health Regulations (IHR 2005) Programme.