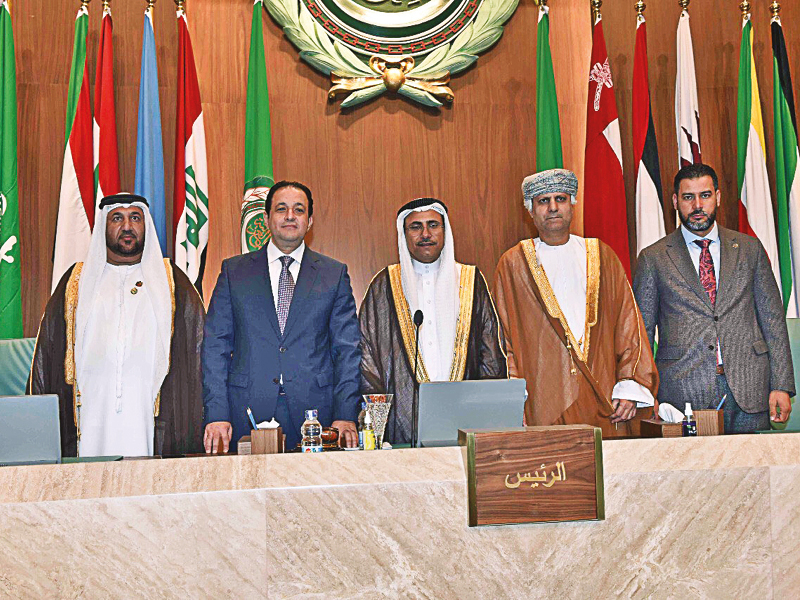 The State Council and Majlis A’Shura participated in an Arab Parliament session on October 28, 2020, at the headquarters of the General Secretariat of the League of Arab States in Cairo.

During the session, elections were held for the position of president, vice presidents, heads of standing committees and their deputies for a period of two years in accordance with the Basic Law of the Arab Parliament.

The Social, Educational, Cultural, Women’s and Youth Affairs Committee will be headed by Dr Mastoura Abid al Shammari from Saudi Arabia, while the Legislative and Legal Committee by Youssef Mohamed Rahmania from Algeria.

Asoumi, the new president, delivered a speech following the elections in which he affirmed that the parliament will continue to work diligently and sincerely for the just causes of the Arab nations in all forums and at all levels through effective parliamentary diplomacy.

“The Arab Parliament will work to strengthen joint Arab action as a basic goal that achieves Arab solidarity, support the Arab cause of Palestine until the establishment of an independent Palestinian state with Jerusalem as its capital, support Arab countries in their war on terror, and work to maintain Arab national security,” Asoumi said.