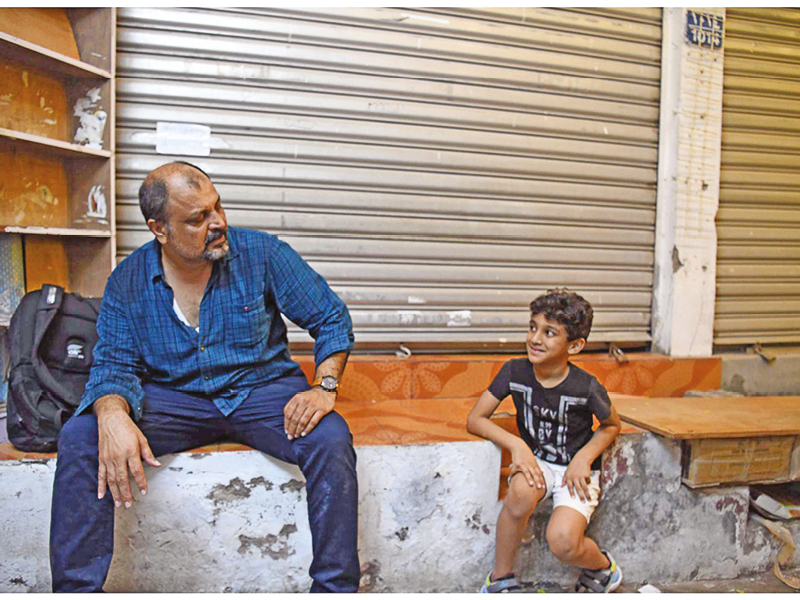 Amidst the gloom of the COVID-19 pandemic and movement restrictions, there are silver linings in the consequent situations.

Short films shot and produced in the sultanate are doing the rounds on social media platforms.

These films have given people a chance to express themselves as well as talk about issues that need awareness.

Smoke of Life, made by a team of independent filmmakers and shot in different locations including Muttrah Souq, Yiti and Darsait, addresses the effects of smoking.

The film starts with a man who is desperate for a cigarette after work. He meets a young boy who directs him to his dead father. Lovel Balakrishnan and child artiste Rakin play the main roles.

Balakrishnan said, “The film isbased on the idea of catharsis and makes every effort to evoke fear and pity in the audience. The thematic treatment is inspired by Alfred Hitchcock’s style.”

He added that the main message of the film is to discourage people from smoking. He said they are now in talks with content distributors for further reach for the film.

Corona and 4 Women is a film on unity and mankind.

The five-minute short narrates the story of four women in a lockdown in a building and how they help feed a child.

Kabeer Yousuf, scriptwriter and actor of the film, said, “During lockdown, when the world was closed, four women opened the doors to their hearts to feed a hungry child. The main idea of the film is that though there might be differences among us, we must come together in hard times and give our fellow human beings every support. What matters is humanity.”

The four characters were shot remotely in separate parts of the city including Ghubra and Ruwi and brought together in the editting process.

A film titled Life is Beautiful by director Prakash V Nair was made with 11 actors and deals with the subject of suicide.

Nair said, “As the name indicates, the purpose of this short film is to make the audience realise how beautiful our life is and why one should not end it with suicide.

He said the script was written from the perspective of the dead, when a person who committed suicide meets others who died despite their strong desire to live.

“Though the main scene happens inside a mortuary, there is comic relief to reduce the tension. We hope people will get some positive thoughts about life from this short film.”