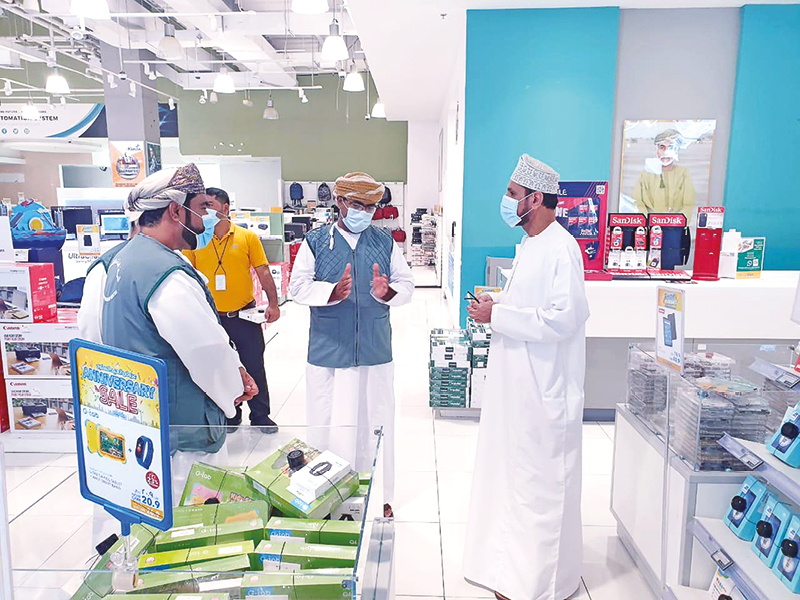 With the rush to buy personal computers in keeping with current trend of online classes, many people have complained about the shortage of laptops or unexpected rise in prices.

The authority stated that with the start of the new academic year 2020/21 on Sunday, the aim of the visit was to monitor markets for availability of computers and prices.

Ali Khamis tweeted, “I need to provide computers for my family; will have to do it through monthly instalments as my income is limited.”

Another Twitter user Yahya al Alawi said, “With the beginning of the new school year, there will be great pressure on the Internet. The bills will go up for students’ parents. I hope we will find a solution to these matters.”

Another citizen said that phones can be used instead of computers and this should not put pressure on the market.

Muhammet, another Twitter user, said that prices of computers are high. “Earlier, mid-level  laptops cost no more than RO150, but these are now selling for over RO250.”

“All the affordable and medium-priced laptops have sold out. People are now buying iPads as an alternative,” another Twitter user said.

Said al Farsi said, “The most important question is – how much did the computers cost before the chairman’s visit and how much after?”

Awashi, a twitterati, said, “I visited more than one store; unfortunately I couldn’t find any (suitable) computer.”