Title to be decided on Nov 1 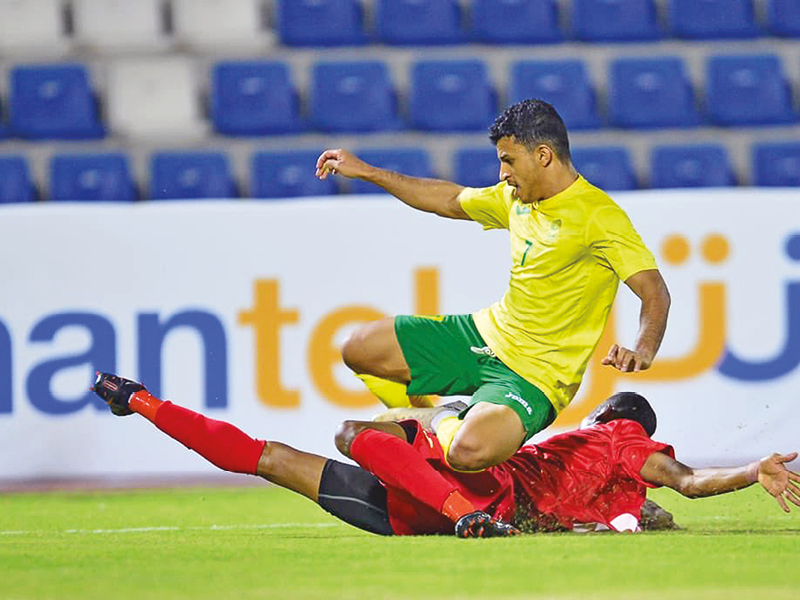 Seeb Club’s hopes of title celebrations on Wednesday were dashed by a gritty Muscat as they were held to a 1-1 draw in the penultimate round of the 2019-20 Omantel League at the ROP Stadium.

The league leaders will have to wait till November 1 and need just a draw in their concluding game against Saham to lift their maiden top-flight football title.

Seeb, the three-time His Majesty’s Cup champions, needed a win to clinch the title but were pushed back in their pursuit as Muscat Club first took an early lead (25th minute) and all Seeb could do was to equalise through a spot kick to share the spoils. Shauqi al Saadi gave

Muscat the lead while Younus al Mushaifri converted the spot kick in the 65th minute after he was brought down in the box.

With defending champion Dhofar recording a 2-1 win over hosts Saham in Sohar, Seeb’s lead at the top has now been reduced to three points. Seeb leads the table with 54 points while Dhofar has 51.

Eleven-time winners Dhofar need to win against their arch-rivals Al Nasr in a Salalah derby to harbour any hopes of a title.

While the title fight has gone to the wire, there were clear disappointments for former champions Al Arouba and Oman – both of whom were relegated on Wednesday. The two joined already-relegated Mirbat to complete the trio of teams that moved down for the next season.

Four-time winners Al Arouba’s 2-2 draw against Al Nahda at their home ground- Sur Sports Complex – failed to rescue them while Oman also played a goalless draw against hosts Bahla to go down.

Both Al Arouba and Oman have 27 points each and can’t overtake their nearest rival, Al Suwaiq, which has 32 points.

Suwaiq earned a crucial 4-0 win over Mirbat to save themselves while nine-time winners Fanja climbed to third spot with a 3-1 win over Al Rustaq. Al Nasr’s 1-0 win over Sohar puts them on fourth spot though they are tied with Fanja on points. Al Nahda is fifth with 35 while Rustaq is a place behind with 33 points following the respective defeats on Wednesday.

Saham is seventh (33). Bahla is at eighth with 32, the same points as Muscat, Sohar and Suwaiq with goal-difference separating the quartet.