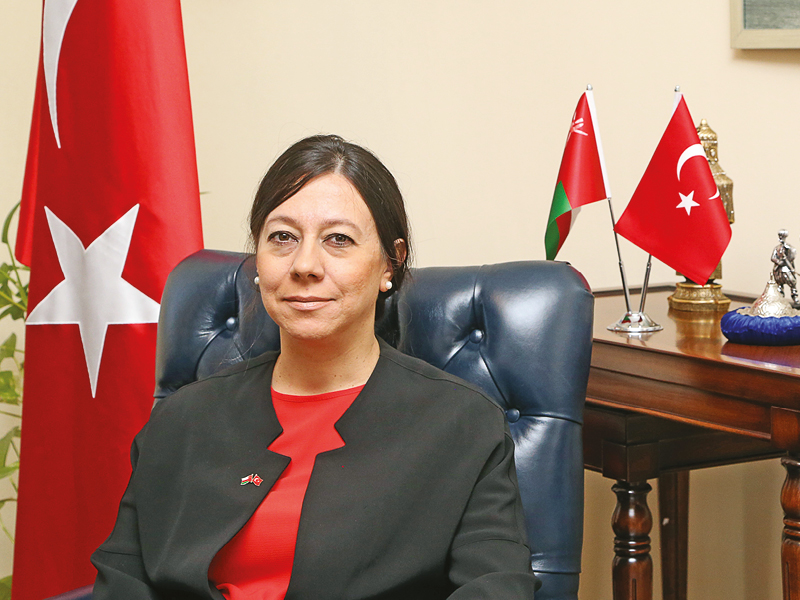 The Turkish Embassy in Muscat will be celebrating Turkey’s 97th Republic Day on Thursday.

Every year on October 29, Republic of Turkey celebrates the anniversary of the Proclamation of the Republic – the day when Mustafa Kemal Atatürk officially declared the name of the nation and proclaimed the country’s status as a republic.

On the occasion, Turkish Ambassador to the sultanate, Ayşe Sözen Usluer, said, “Today, Turks all around the world are celebrating the anniversary of the Proclamation of our Republic with tremendous joy and pride even though we will not be together with our citizens due to the global coronavirus outbreak.”

She said that during the 97 years, under the guiding principle set by Mustafa Kemal Atatürk, ‘Peace at home, peace in the world’, Turkey has taken astonishing steps for contributing to the peace and stability of the world and become a respected member of international community.

“We attach utmost importance to deepen political relations, enhance trade cooperation and to further develop people-to-people contacts with the sultanate since our diplomatic relations started in 1973.”

“I would like to express my sincere gratitude to His Majesty Sultan Haitham bin Tarik and all the Omani officials for the cooperation shown to us, and to renew my wishes and prayers for the continuation of the strong friendship between Turkey and Oman and the prosperity of Omani nation.”