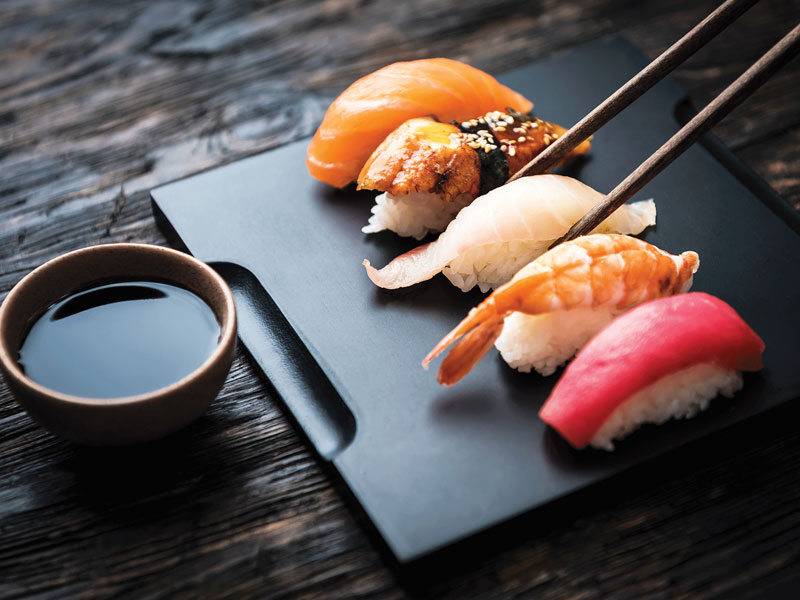 Many Sushi outlets have mushroomed in Muscat over the past few years, creating a new fondness for this Japanese cuisine among weekend diners. However, they also offer fried/baked snacks and salads on their menus as options, to cater to those who may not be inclined towards Sushi in a group of diners. The reason why many people are reluctant to try Sushi is that Sushi is surrounded by numerous myths which tends to put some diners off. Here are some truths that dispel a few Sushi myths:

Sushi is a Japanese delicacy
Most countries in Southeast Asia are said to have some variation of Sushi, not just Japan and it has over 2000 years if history. It began as a way of preserving fish because vinegar worked as an antibiotic. The process involved packing fresh fish with cooked rice and vinegar to preserve it.

This is the most prevalent myth that the word ‘sushi’ refers to raw fish. In fact, ‘sushi’ is only the method of preparing and serving vinegared rice combined with other ingredients. Condiments, vegetables and cured raw seafood are used as fillings as well as toppings. The curing process enhances the flavour and texture of fish. Seasoning and smoking is also a way of curing fish.

Sushi is expensive
Sushi started out as street food on wheeled carts. Now sushi is available in food courts as well as theme restaurants all over the world. However, if native Japanese chefs are flown in to conjure up the fare in five star hotels outside Japan, then it can be an expensive affair.

Sushi fish is served live
Ikizukuri is the process of preparing raw fish from live seafood. It is an expensive delicacy in Japan but not part of regular Sushi.

Salmon is best for Sushi
Salmon tends to spoil rather quickly and was not considered ideal for Sushi. Only after refrigeration became common in Japan, did Salmon find a place in Sushi.

Add wasabi to your Sushi

Chefs put just the right amount of wasabi into the fish when they make it at the sushi bar. Often, at a good sushi bar, the amount of wasabi to be added to a particular fish is calibrated depending on its richness. If you add more, you would end up spoiling that calibration.