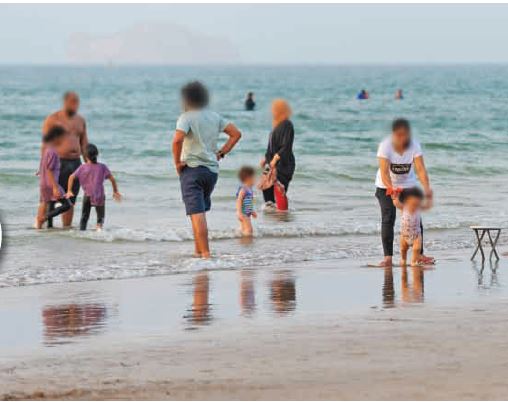 Do you think naming and shaming will prompt people to adhere to the precautionary measures against COVID-19?

Naming and shaming is a great move. Who would like his or her photo to be on social media for the wrong reasons? It would have serious implications on their future, including the risk of not getting hired for jobs because of their act of irresponsibility. It is worth appreciating all the health workers and the government, Ministry of Health in particular, for their immense efforts.

It’s really sad to see that such a big global crisis has still not awakened the public to maintain social distancing protocols especially during the evening. The night curfew was the best decision to contain the spread and limit transmission. By limiting transmission, we are likely to reduce the burden on healthcare facilities and have sufficient capacity to care for those affected.

As the number of COVID-19 cases continues to rise, it is the responsibility of the public to abide by the recommendations of the government. We have seen all over the world that a lapse in individual care can lead to mass destruction. The public should be aware of their social commitment. If the public responds irresponsibly, indeed, the government should act.

I am of the strong opinion that it would definitely make people think twice and adhere to the precautionary measures. However, if this does not succeed, then my recommendation would be to take still more stringent actions like imprisonment. It is imperative that we need to change our lifestyle and leave a better tomorrow for the future generations.

Yes, this kind of action will be effective. People would be ashamed to have their names and photos posted for such a reason. It’ll make them more cautious and think twice before breaking the law.

I support such punitive action. It’s the only way to keep those individuals who don’t obey indoors and control their carelessness. When they see officials and authorities taking such action, people will be serious and not take matters for granted.

Oman’s authorities have said that the recent rise in infections was a result of people failing to take health precautions seriously. The purpose of naming and shaming is to maintain safety and security and prohibit social gatherings of all sorts. I hope and expect that people take it seriously or else bear a hole in their pockets in these difficult times of a pandemic.

The fact that authorities have gone to this extent clearly shows the seriousness of the situation and the laxity in adhering to the prescribed safety norms by the public against the COVID-19 virus. No doubt, naming and shaming would act as a deterrent. In addition, stringent fines should also be imposed.

Naming and shaming will surely prompt people to follow the guidelines as it will make them more committed towards the safety measures. Even then, individuals themselves should be responsible enough to take care of their safety and also of the person on the other side.