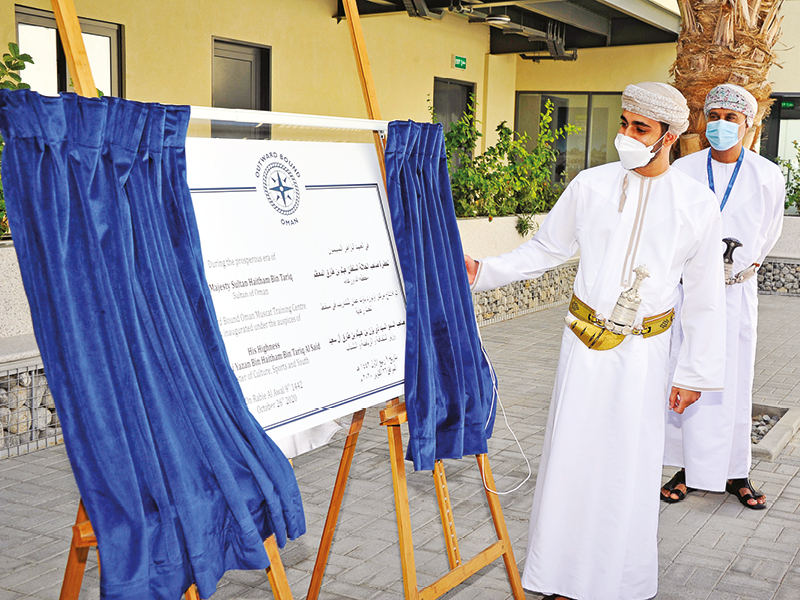 The ceremony was attended by Sayyid Faisal bin Turki al Said, Honorary President of Outward Bound Oman, and other dignitaries.

The training centre was set up through the support of the Late His Majesty Sultan Qaboos bin Said. It was designed by local consultants 23 Degrees North and the building of the centre is unique as it has adopted solar technologies.

The centre comprises an equipment store, administrative offices, two indoor training centres, a lecture hall with a capacity for 60 people, and a 9m climbing wall.

The centre is the second in a series of three national training centres planned by Outward Bound Oman, with the third centre coming up in Jebel Akhdar.

The first training centre was opened by His Majesty Sultan Haitham bin Tarik, then Minister of Heritage and Culture, at Rimal Sharqiyah in March 2018.

“Developing the talents of national youth and preparing them to join the labour market is a matter of great significance,” said Harthy.

He added that the centre will play a leading role in nurturing the skills of the future generation and grooming them to act in line with Oman Vision 2040.