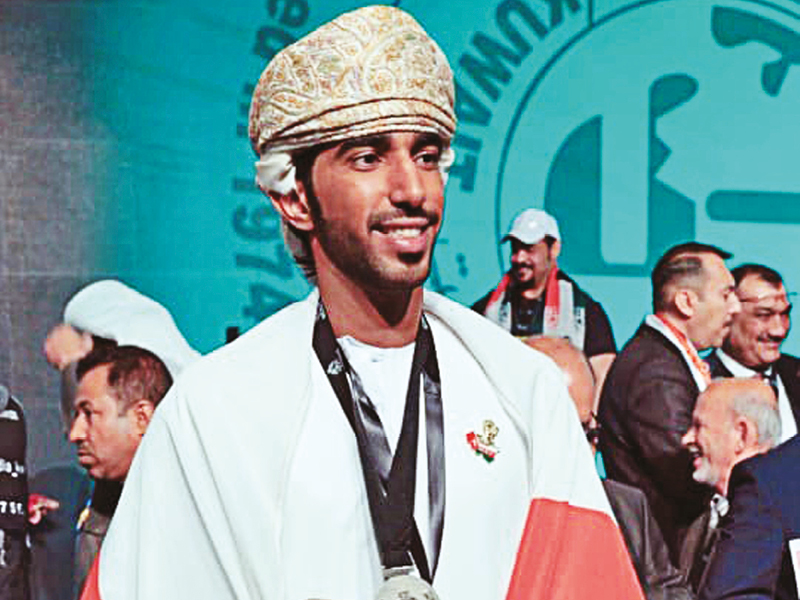 Speaking to Muscat Daily, Maskari, a student of Ibra College of Technology, said he was proud and honoured to receive the award and that it will motivate him to put more effort into his innovations.

“The idea for my project came from an analysis of the Ministry of Labour’s data, which showed that the most common injuries among outdoor workers are on hands and fingers. The smart gloves that I have made is an intelligent piece of protective gear that will help workers,” Maskari said.

He informed that the device predicts risks that may prevail at the site of work and alerts about high temperature and presence  of poisonous gas.

It also allows the employer to determine the location of the worker for quick intervention.

With the gloves, employers can follow employees’ heart and health conditions.

“There is an emergency button to report an accident. The data on incidents/risks can be easily analysed by employers and concerned  authorities,” he said.

Explaining the concept further, Maskari said that the main objective of the device is to establish a link between workers, employers and the authorities.

“The glove has sensors that monitor the worker’s temperature and incidents including bleeding, which are analysed and sent to the Ministry of Labour to impose penalties related to labour laws, such as working outdoors during high daytime temperatures in summer.”

Maskari was handicapped by financial constrains during the development phase of the device. Additionally, he had difficulty registering for IP rights with the Ministry of Commerce, Industry & Investment Promotion. “I was finally able to I register it in 2019.”

Maskari was also recently awarded a silver medal at the 12th International Invention Fair in the Middle East (IIFME) held in Kuwait for the smart gloves. The fair brought together inventions from 42 countries including the UK, US, Switzerland, Sweden, Spain, Thailand, Egypt, Syria, Lebanon, Iran, Iraq, Algeria, Tunisia and several GCC countries. A total of 130 inventions were showcased at the fair.

“I have also participated in several international science events, such as the London International Youth Science Forum which sees the participation of 500 young men and women from more than 74 countries.”

Maskari said, “I am trying to get financial support to commercialise the device. It will save time and protect lives. I thank the Minister of Commerce, Industry and Investment Promotion for supporting inventors and motivating them. I also thank H H Sayyid Theyazin for honouring youth.”