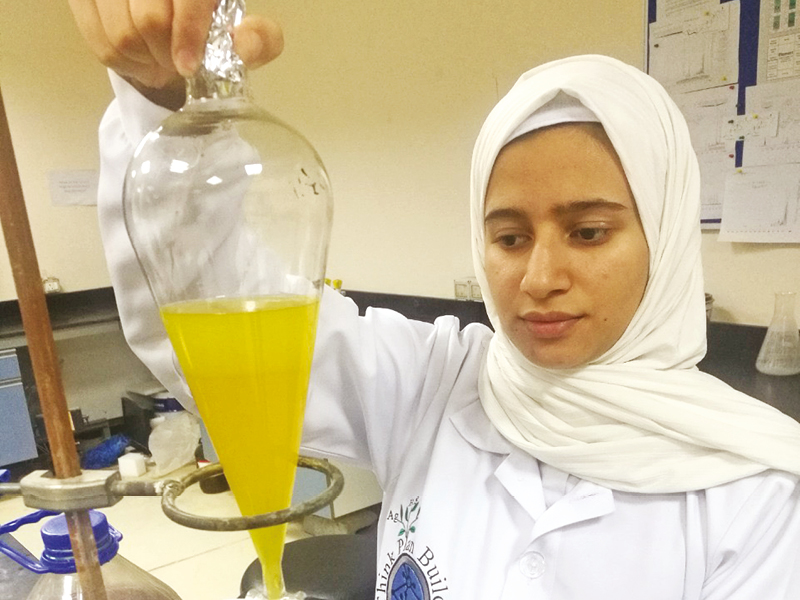 Speaking to Muscat Daily, Nibras said, “The idea for the project emerged a few years ago when fuel prices in Oman rose. After we learnt in school about biofuels and hydrocarbons, I thought about how we could create a viable alternative.”

Extensive research led her to the concept for the Green Gold project to produce biodiesel from seeds of indigenous Omani plants that are not usually used for anything and recycled cooking oil.

“The project was not endorsed by any institution or company despite its potential. But following the win, now I hope to find support from the government and some private companies,” she added.

Talking about the challenges she encountered in her project, Nibras said, “I am a student, not a specialist in this field. It was difficult communicating with the specialists and getting appointments. Also, I had a tough time juggling time between studies and the project. It was very frustrating at times.”

Nibras hopes that her project will help reduce dependence on hydrocarbons. “It could open new avenues in the field of biodiesel production and export. Hopefully, it will also open up employment opportunities,” she said.