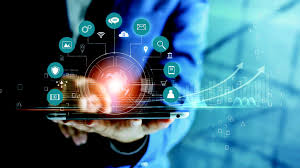 The Arab Monetary Fund (AMF) has commended the sultanate’s espousal of a digital strategy that lays the foundation of novel programmes to spur economic growth, enhance self-reliance and provide more jobs through economic diversification.

In a new study titled ‘Digital economy in Arab countries: Its Realities and Challenges,’ the AMF noted that Oman’s economic strategy began to come into its own from 2003. Since then, economic approaches have been classified into six categories towards the execution of a comprehensive Oman Economic Vision encompassing initiatives and projects necessary for supporting the realisation of the country’s knowledge-based economy, the AMF report said.

It explained that the digital transformation strategy in the sultanate focused on developing society’s capabilities, including individuals’ skills, and circulating government applications and smart services to help establish a comprehensive system of ICT industries.

The report showed that the sultanate enacted laws for digital economy like the Electronic Transactions Law (2008), Law on Combating Information Technology Crimes (2009) and Law on Regulating Communications (2002).

As many as 21 national firms operate in the field of digital economy, in addition to ten foreign firms and six multinationals, said the report, adding that the sultanate has 17 platforms and applications that offer services to different segments and finalise civil transactions.

This is in addition to the formation of teams for e-government transformation and institutional change within each establishment, under the supervision of the minister or undersecretary to follow up the process of digital transformation in their respective institutions, the report said.