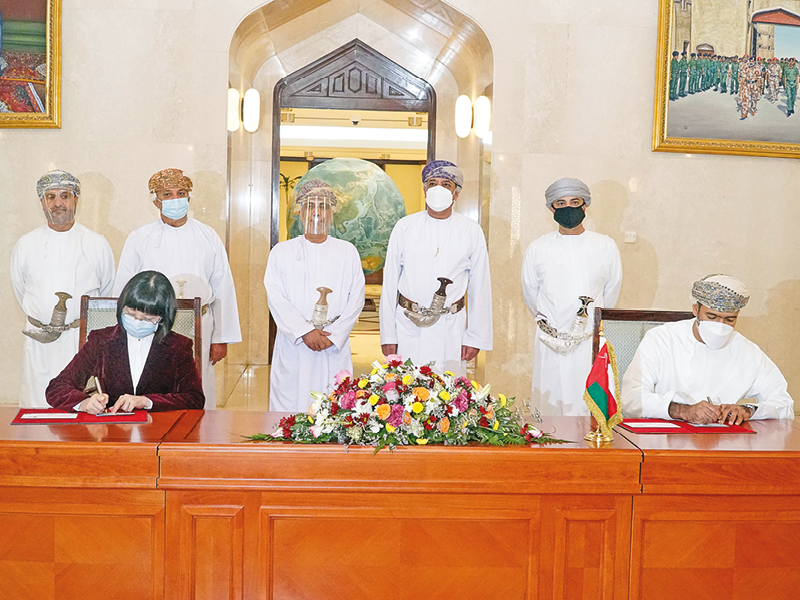 In recognition of the sultanate’s special relationship with China, Oman Post, in cooperation with the Foreign Ministry, has launched a new stamp.

Commemorating 40 years of official diplomatic relations between the two countries, the  stamp depicts one of China’s most famous historical landmarks, the Great Wall of China, as well as an Omani fort and the historical Sindbad voyage from Sohar to Guangzhou. The special issue includes 500 first day covers and 3,000 souvenir sheets.

Balushi said, “We’re proud to celebrate the unique friendship Oman and China share. At Oman Post, we always seek to create stamps that represent topics of historical, political and cultural significance and immortalise them for all to enjoy. Our latest issue is a great reminder of the positive connections Oman has made throughout history.”

Oman and China have enjoyed a friendly relationship since official diplomatic ties were established in 1978, although traditional ties date back 1,200 years. Due to its strategic location on the trade route between the East and the West, Oman’s port of Sohar was once known as the ‘Gateway to China’.

To reserve the new stamp, subscribe to the Philatelic Department through [email protected] omanpost.om