Oman’s unique geology, caves to be discussed at London event 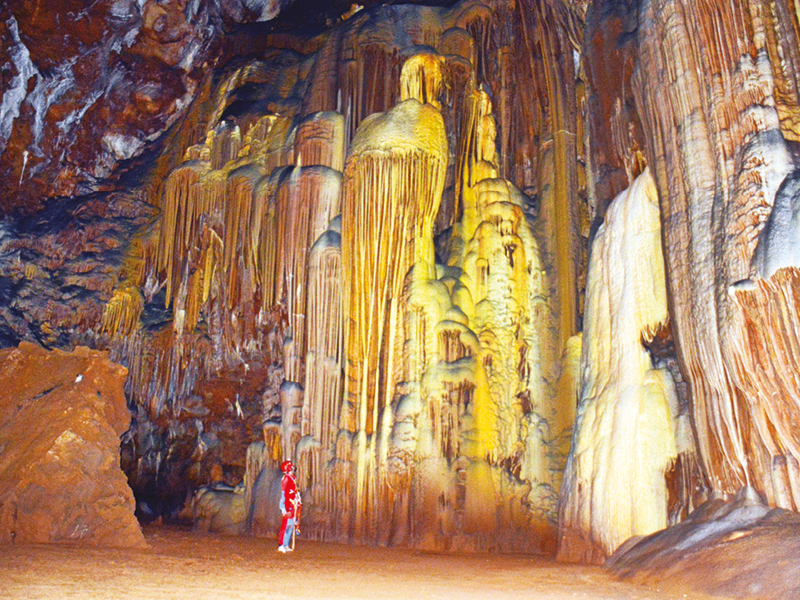 The 800mn-year story of Oman’s unique geology and caves will be the topic of discussion at Oman Natural Heritage Lecture 2020, the fifth in the series of annual lectures. This year, the lecture will be broadcast live online on October 21 at 4pm from the Royal Geographical Society (RGS), London (7pm in Muscat).

The two distinguished Omani speakers, Dr Mohammed al Kindi and Nabil al Saqri, will be giving the lecture showcasing Oman as a paradise for geologists. ‘Many text-book examples of rocks, fossils, structures, caves, meteorites and land terrains are found in the sultanate. Oman’s geology is unique and of interest to all earth scientists of all ages around the world,’ stated the organisers.

Oman hosts the best-exposed and largest ophiolites, slabs of  old oceanic plates, which can be easily observed within a short drive from Muscat.

Thousands of meteorites can be found on Oman’s desert plains, including rare Martian and lunar meteorites that provide a lot of information about the solar system. Cavers also love Oman, as new discoveries are being made today.

‘The cave systems in Oman are among the largest, deepest and most beautiful in the world. In Oman, evidence of the oldest fossils of plants and animals are found. Early man passed through, even settled, as is evident from the huge number of artefacts that he left behind. Civilisations flourished in this land once called Majan and Mazoon.’

Oman is also considered one of the most attractive destinations for cavers from across the globe. It includes a wide spectrum of caves formed by different types of rocks in the mountain chains of north and south Oman. They contain huge cave chambers, very deep pitches, spectacularly decorated rooms, large sinkholes, narrow tunnels, and complex passage systems. Many of these are home to unique cave fauna, and some have been used by humans, since the Paleolithic, for various purposes.

Despite decades of cave exploration in Oman, conducted by numerous caving teams including members of the Oman Cave Exploration Team, of which Kindi is an important part, many caves in Oman are still under-explored or not properly surveyed or reported. Kindi, along with his team, has conducted a project to document these caves and describe them to the scientific community and keen adventurers.

Saqri is a schoolteacher of information technology from Jebel Akhdar.

Having lived in one of the most diverse natural attractions in Oman, Saqri, over time, became deeply passionate about the documentation and protection of wildlife and natural wonders in Oman. He specialises in  macrophotography of fauna and flora, particularly of insects. He is a member of the Oman Cave Exploration Team.

Free registration for the Oman Natural Heritage Lecture 2020 can be done for free on www. eventbrite.co.uk