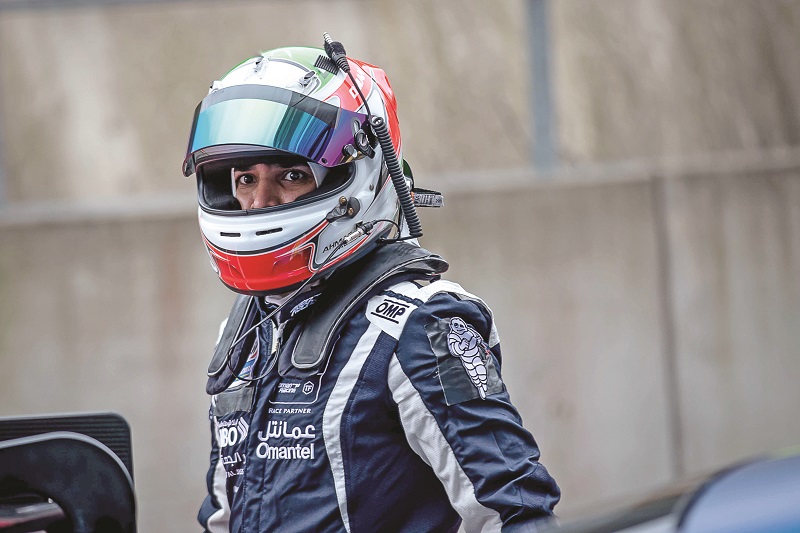 The joy of making a dream debut for the  Oman Racing by TF Sport duo of Ahmad al Harthy and Tom Canning was short-lived.

A day after clinching Pro-Am win and finishing third overall in the first race of the of the fifth round of the International GT Open at the Spa-Francorchamps circuit in Belgium, Ahmad and Canning ended a disappointing sixth in their class and tenth overall on Sunday.

Driving No 97 Aston Martin Vantage GT3, Ahmad was held-up during his stint at the start and to make their race further challenging was the ‘ten-second success penalty’ they received in pit stop following their spectacular result on Saturday.

Ahmad began Sunday’s 60-minute race fifth in Pro-Am and ninth overall and was soon pushed back by a place. He then spent the half hour stuck behind Brendan Iribe of Optimum Motorsport McLaren.

“Race two was always going to be much more difficult for us as we received the success penalty for our race one exploits.” Ahmad said later on Sunday.

The 39 year old Omani added: “After getting stuck behind the McLaren soon after the start, there was nothing I could do as I wanted to avoid taking any big risks.

“We were at the Spa to gain experience and we showed in the first race on Saturday what we are capable of. It’s been a very positive weekend with a Pro-Am win and a double podium finish. It has been a fantastic experience.”

Ahmad contested the qualifying session for race two and prior to a mid-session red flag stoppage he was third in Pro-Am and sixth overall.

After the resumption, the Omani improved his time with a best lap of 2m16.511 seconds on the penultimate tour but ended the session fifth in Pro-Am and ninth overall.

During the race, Ahmad trailed almost ten seconds by the end of lap four. As the first half an hour approached, Ahmad pitted to hand over the Aston Martin to Canning at the end of lap 11.

After serving an extra-long stop due to the ‘success penalty’, he joined the race with around 32 minutes remaining.

With less than 25 minutes left in the race, Canning was tenth overall and sixth in Pro-Am and the Briton driver ensured no further slip-up to end the weekend with a total of 11 points (ten for race one and one for the second race).