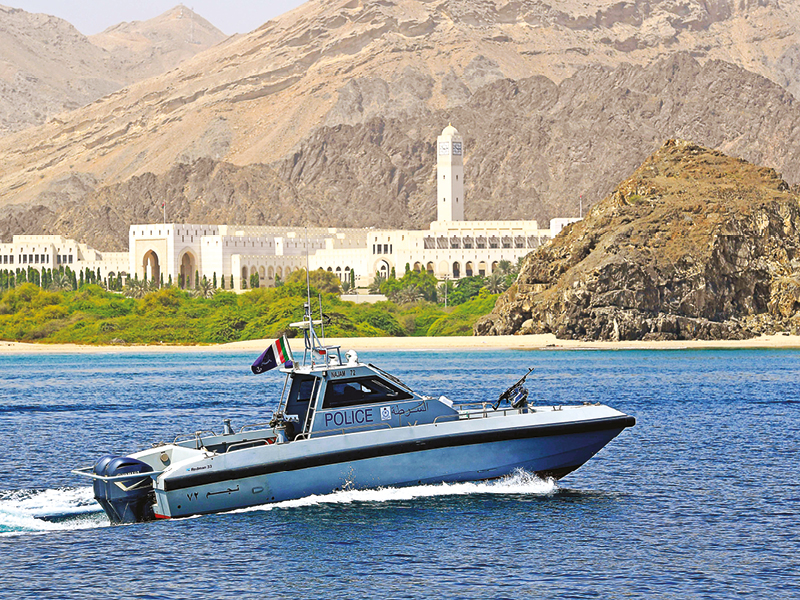 Royal Oman Police (ROP) arrested 322 infiltrators of different nationalities for entering the country illegally during the third quarter of this year (July-September).

It also arrested 136 people who committed 127 crimes related to theft in various governorates of the sultanate in September.

According to statistics issued by the Department of Anti-infiltration of the ROP, 108 infiltrators of different nationalities were arrested last week in a number of governorates.

The ROP also deported five others.

Lt Col Abdulaziz al Jabri, director of operations at the Coast Guard Police Command, said that the department undertakes operations to confront situations that occur in the Omani territorial sea.

This has been possible through development of monitoring facilities along the coasts of the sultanate and providing the task force with advanced high-speed boats.

“These so-called ‘hot spots’ are targeted by smugglers and infiltrators,” he said.

He added, “Coast Guard Police boats deal with intruders according to the correct procedures that limit the spread of the coronavirus, and coordinate with those concerned with the Ministry of Health to allocate specialised medical cadre to deal with the infiltrators while bringing them to the relevant centres for medical examination.”

Lt Col Jabri said ROP appreciates the efforts and cooperation of citizens and residents in reporting movement of suspicious boats and people on Oman’s coasts.