Transport minister asks to speed up work on Sharqiyah Expressway 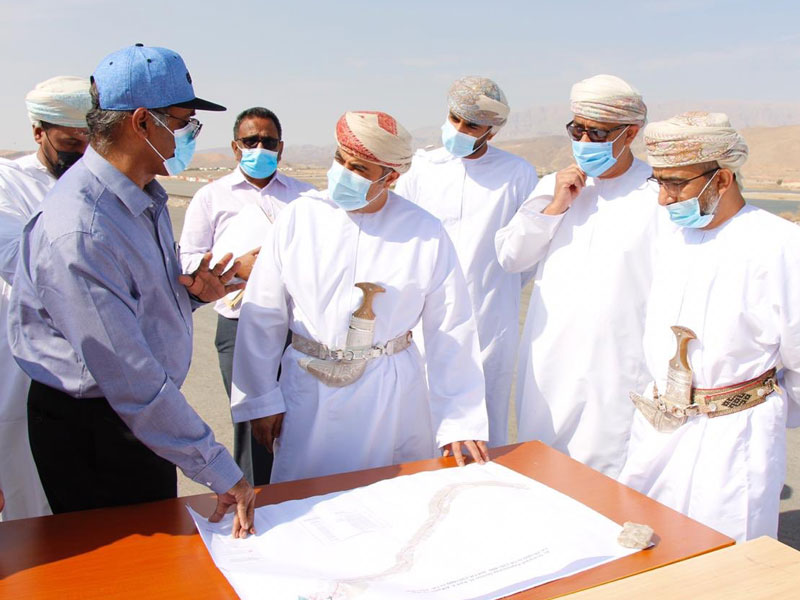 H E Ma’awali was accompanied by H E Eng Saleem bin Mohammed al Nuaimi, undersecretary for transport at the Ministry of Transport, Communications and Information Technology and a number of specialists.

The minister inspected the remaining 40km part of Sharqiyah Expressway project between Wilayat of Al Kamil wa Al Wafi and Sur. He was briefed by those in-charge of the project about the work progress, action plan, the reasons for construction delay, and time-frame of the project. H E Ma’awali directed to speed up the work on remaining part of the expressway project and open it soon for traffic. Earlier this year, the ministry opened 206km part of the 246km-long Sharqiyah Expressway project.

The project includes two underpasses, bridges, flyovers, lighting poles, and all the required traffic safety components. Sharqiyah Expressway is a major national road project linking Muscat Governorate with the governorates of Al-Sharqiyah North and South, passing through Al Dakhiliyah Governorate. The project has been constructed due to the growing traffic on the old single road.

The minister and accompanied delegation also visited Sur Industrial City to inspect the location of the proposed port project in the city. H E Ma’awali was briefed by specialists from the Public Establishment for Industrial Estates (Madayn) on the location and components of the proposed port and its associated services. The minister was accompanied by Hilal bin Hamad al Hassani, CEO of Madayn.