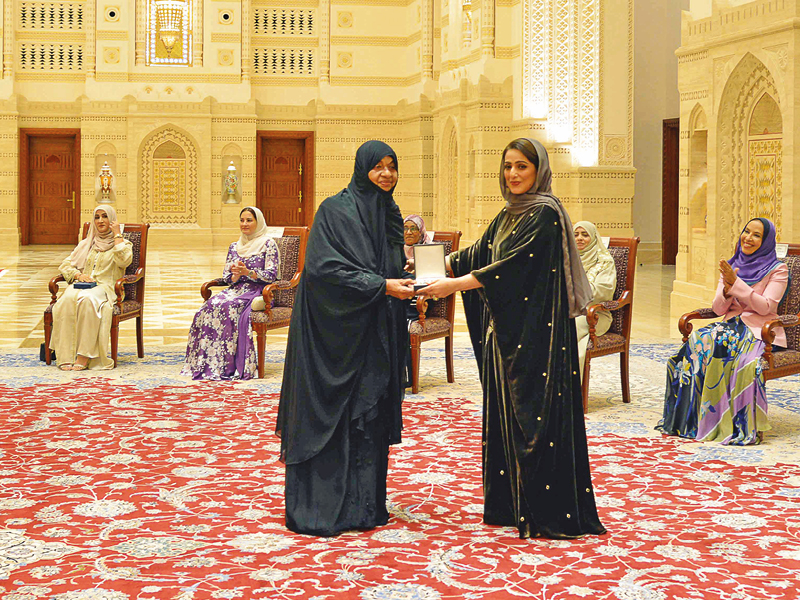 Celebration of Omani Women’s Day  is a testament to the attention and honour that women have enjoyed since the dawn of the Blessed Renaissance: Council of Ministers

On the occasion of Omani Women’s Day, His Majesty Sultan Haitham bin Tarik conferred the Order of Royal Commendations on five Omani women for their contribution to the nation.

The Honourable Lady, Wife of His Majesty Sultan Haitham, presented the medals at Al Barakah Palace on Saturday

During the ceremony, the Honourable Lady also honoured 50 other Omani women (see full list on Pg 03) who have played a significant role in the country’s development and for their achievements in their field of work.

The Council of Ministers issued a statement on the occasion of Omani Women’s Day.

‘Women have participated in constructive roles in the national work, and have consolidated their achievements in various sectors in the government and private sectors. They have excelled in their role in representing Oman in regional and international forums.’

The statement added that the Council of Ministers congratulates women on the occasion, expressing its deep appreciation to all for their essential and important role.

The Council of Ministers wished Omani women further success in carrying out their responsibilities and continuing their contributions to Oman.

‘The sultanate’s celebration of Omani Women’s Day on October 17 every year is a testament to the attention and honour that women have enjoyed since the dawn of the Blessed Renaissance in support of their efforts, side-by-side with men, in the comprehensive development the country is witnessing,’ it said.