Psychological stress among health workers on the rise 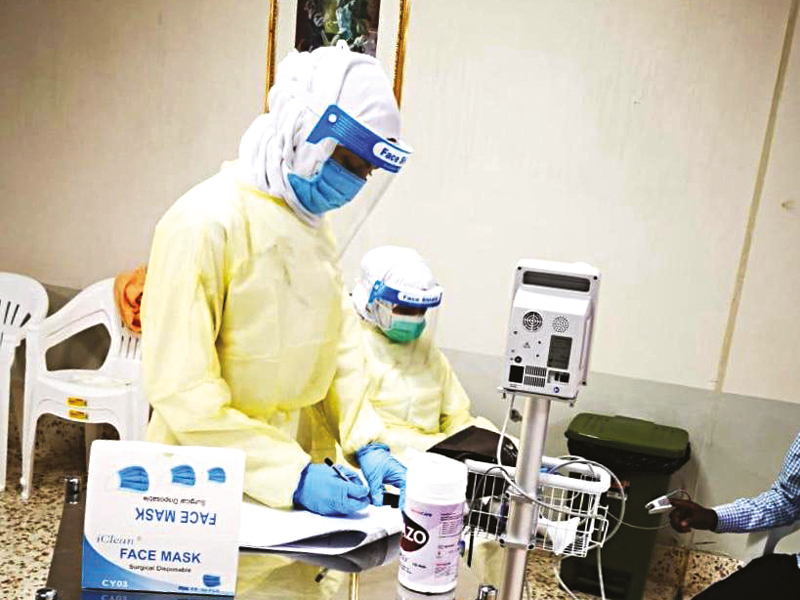 Long hours, high risk of infection and the uncertainty of the pandemic have resulted in anxiety and physiological pressure seen in the form of stress, depression and insomnia among healthcare workers in Oman as the country fights COVID-19.

According to experts, such cases are on the rise and support is needed from everyone to stop the spread of the virus. They reiterate there is a limit to what medical personnel can do and that the public needs to play its role.

She did not, however, reveal any figures in an interview with Oman TV.

“If people cannot tolerate wearing a mask in public for an hour and can’t stop attending public gatherings, they need to think about the medical staff who wear protective kits for long periods of time,” she said.

Oman has witnessed a rise in COVID-19 cases in recent days  which has put pressure on the healthcare system. On Tuesday, the Ministry of Health (MoH) confirmed 638 new cases of the novel coronavirus (COVID-19), taking the total to 107,213. The number of deaths reported during the same time was seven.

The number of those who have recovered has also increased by 335 and the recovery rate now stands at 87.2.

‘The number of recoveries has increased to 93,557, while the number of deaths has reached 1,053,’ an MoH statement said. As of Tuesday, a total of 545 patients were admitted in health institutions, including 210 patients in ICUs.

Dr Feryal said the number of infections is expected to decrease following the night curfew imposed since the beginning of the week.

“The move helps the healthcare system but the most important thing is the commitment of individuals to the precautionary measures even after the end of the night movement restriction.”

According to Dr Nawal al Muhaijri, head of Psychosomatic Medicine Unit at The Royal Hospital, many health workers are suffering anxiety attacks and from depression.

“Health teams in hospitals have come under psychological pressure and need support from everyone during the pandemic,” she said.

MoH calls upon all to continue washing hands with water and soap, avoid touching the face, nose, mouth and eyes, and follow healthy habits when coughing and sneezing. It also urges the public to observe social distancing and wear masks when in public.