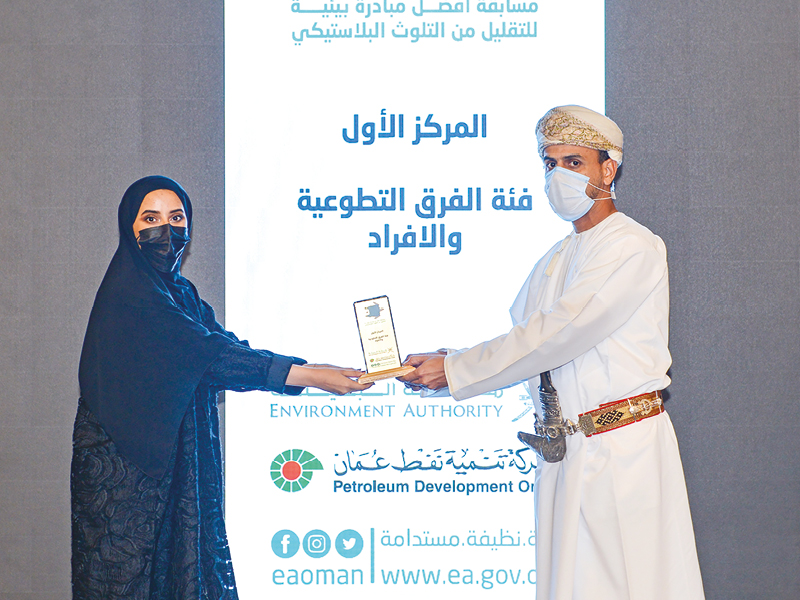 The authority honoured 11 individuals from the categories of small and medium enterprises, volunteer teams and college and school students.

Speaking to Muscat Daily, an official at EA said as many as 100  participated in the competition and they were judged by five individuals representing Environment Authority, PDO, be’ah and the Environment Society of Oman.

“The competition was launched in April 2019 in the presence of 120 invited activists, environmentalists and external parties concerned with the use of plastic,” the official said.

“The contest aimed at raising awareness against the silent disaster of plastic waste, getting ideas for plastic alternatives, and encouraging the establishment of factories and companies interested in recycling plastic. It also aimed to reduce plastic pollution.”

The competition looked to enhance community awareness on the importance of preserving the environment and getting rid of all forms of threats to humans and the environment, added the official.