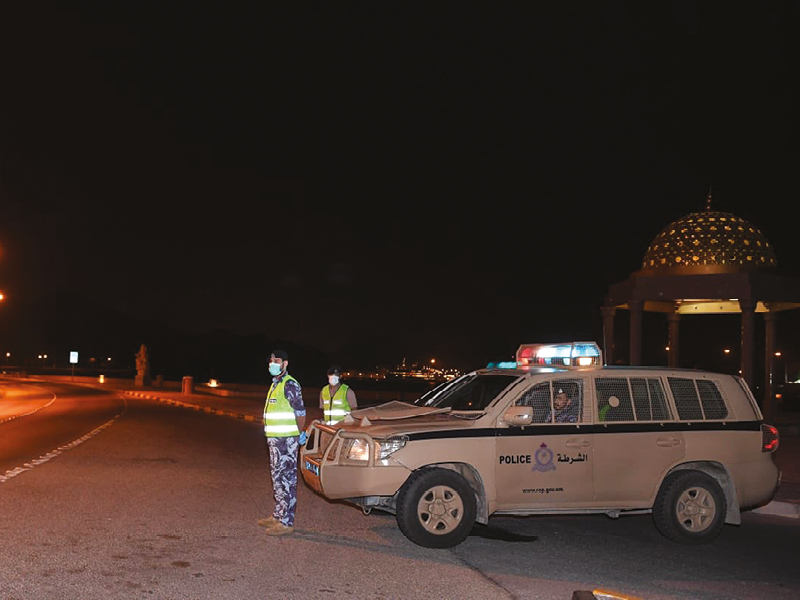 The Supreme Committee tasked with tackling developments resulting from the CVOID-19 pandemic, took the decision on Friday.

Access to beaches has been barred and a decision has been taken to shut down some business activities again.

The meeting was convened under the committee’s chairman, H E Sayyid Hamoud bin Faisal al Busaidi, Minister of Interior. The meeting took a number of decisions after studying reports related to the recent spike in infection and death cases and an unprecedented rise in occupancy rate of hospital wards and intensive care units resulting in the possibility of overwhelming the capacity of the health sector in the sultanate.

The Supreme Committee took the following decisions to protect individuals and ensure the health sector’s ability to perform its duties:

Prohibition of movement and lockdown of all public places and commercial outlets from 8pm to 5am every night from Sunday, October 11, to Saturday, October 24.

Prohibition on the use of beaches till further notice.

Re-closure of some businesses that were previously opened but failed to stick to the conditions set by the committee. The departments concerned will announce the details soon.

Names and pictures of offenders who violate the instructions will be published in the media.

‘The Supreme Committee hereby urges all, particularly young people, to fully abide by precautionary measures at the individual level and collective level. All should refrain from family and social gatherings. The departments concerned will take legal action against all violators who breach the directives,’ a statement said.

Mwasalat has announced shorter working hours for its buses and ferry services from October 11 to October 24 due to the ban on movement from 8pm to 5am imposed by the Supreme Committee responsible for handling the COVID-19 pandemic.

‘Mwasalat confirms its commitment towards on-board precautionary measures which had been previously announced to ensure safety of passengers on both land and sea services,’ it said.