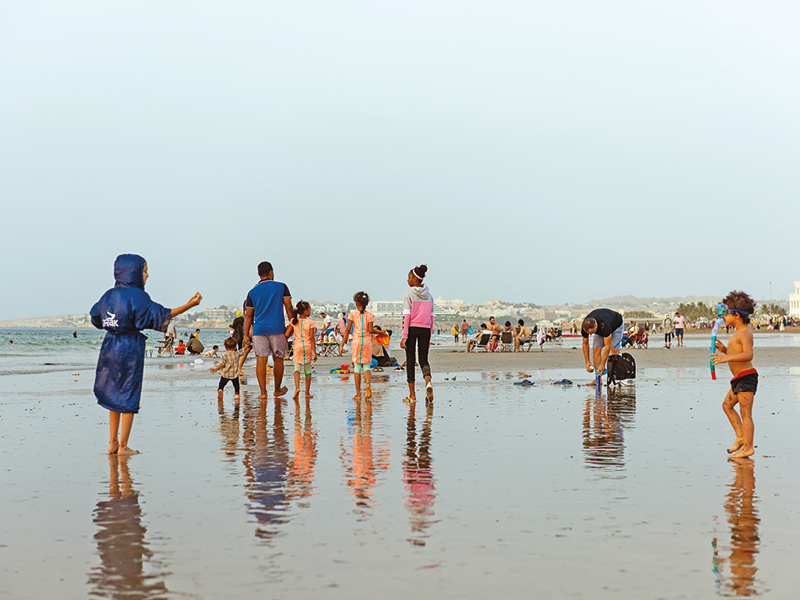 As COVID-19 cases continue to increase, authorities are cracking the whip on offenders who violate the Supreme Committee orders, banning all types of gatherings. They have reiterated that arrests and fines are still on for offenders.

On Thursday, the Police Command in North Sharqiyah arrested a group of citizens for violating the decisions.

‘The ROP arrested a group of citizens in two different locations for gathering and violating the Supreme Committee’s decisions. Legal action will be taken,’ ROP said on Thursday.

On Friday, another group of people in Dakhliyah was arrested on charges of gathering.

‘Dakhliyah Governorate Police Command, with the support of the Nizwa Police Station, stopped a group of people from gathering. Legal procedures are being completed against them.’

In another incident on Friday, ROP arrested a group of Asian expats on charges of gathering.

‘Legal procedures are being completed against them,’ ROP said.

Thousands of people have been fined in the last few months for gatherings that violate COVID-19 social distancing rules. The recent spike in infections has been blamed on illegal gatherings at private farms, on beaches and hosting weddings or funerals.

The Supreme Committee hasbanned all types of gatherings and those found violating the rule and hosting or organising gatherings will be slapped with a fine of RO1,500, while those taking part will face a fine of RO100.

“The fact that people still gather in large numbers does not help at all to reduce the infections. There are groups that are gathering on beaches, farms and having parties and the end result is number of cases is going up,” said H E Dr Ahmed bin Mohammed al Sa’eedi, Minister of Health and member of the Supreme Committee.

‘As of Thursday, a total of 557 patients were admitted in health institutions, including 214 patients in ICUs,’ the Ministry of Health said in a statement.

The Public Prosecution on Saturday stressed that it will firmly deal with violators of the decisions of the Supreme Committee on COVID-19, especially the decisions on banning movement, closing down public areas and commercial stores and shutting down beaches that will be effective from today.

It added that all prescribed legal actions will be taken against violators who will be taken into custody to present them at competent courts.

Moreover, the names and photographs of violators will be published in various media outlets as per the decision of the Supreme Committee, it added.