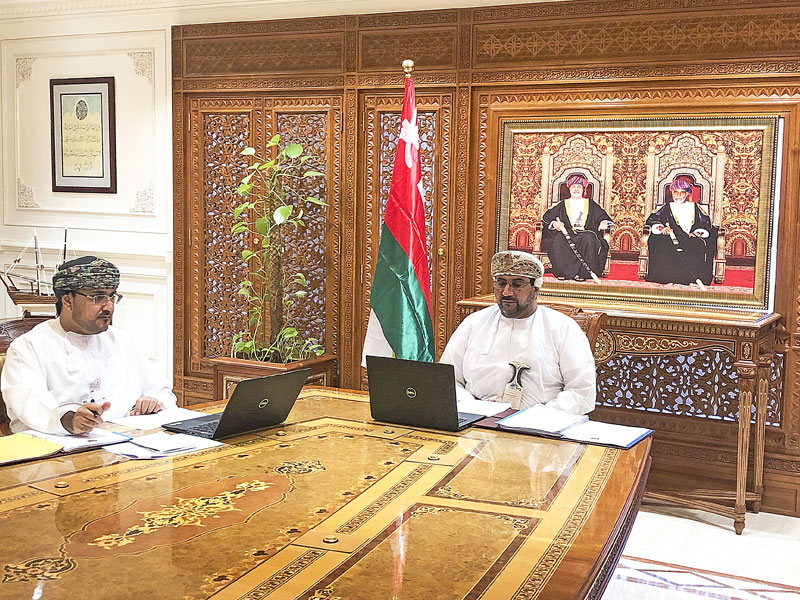 The meeting, which was held through video conference from the headquarters of the Secretariat General of the Gulf Cooperation Council in Riyadh on Sunday, was convened with the participation of member SAIs, assistant secretary general for legislative and legal affairs along with SAI specialists.

At the onset of the meeting, the participants expressed their most sincere condolences to their brotherly country Kuwait, its leadership, people and Arab and Islamic nations for the late ruler Sheikh Sabah al Ahmad al Sabah.

During the meeting, a number of topics listed on the agenda were discussed. Among the main topics were a report on followup on the resolutions issued by the 16th meeting of the chairmen of SAIs which was held last year in Muscat as well as discussing the proposal for raising awareness and knowledge on the practice of auditing sustainable development goals (SDGs).

In addition, the joint comprehensive audit was discussed along with reviewing proposed topics for the 5th GCC Competition for Research and Studies in the Field of Auditing and Accounting.

The meeting was concluded by perusing minutes of the 28th meeting of the training and development committee, reviewing recommendations and views contained therein and preparing the agenda of the upcoming meeting of the chairmen of SAIs, which is expected to be held on October 20.