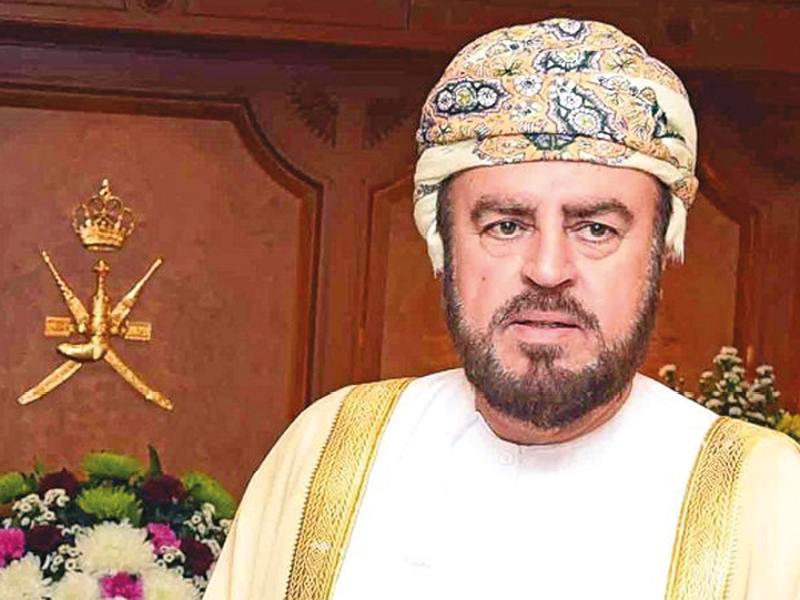 Sayyid Asaad bin Tarik al Said, Deputy Prime Minister for International Relations and Cooperation Affairs and Special Representative of His Majesty the Sultan, has said that camel sports are considered an innate component of Omani heritage passed on from ancestors.

The sports, he noted, receive the constant attention of His Majesty Sultan Haitham bin Tarik, who attaches a great significance to Omani heritage.

In a statement, Sayyid Asaad explained that camel sports are being held in local racing tracks which are equipped with world-class standards, including vet examinations, official registry and auto jockeys.

Royal Camels Corps tops the list of institutions catering to camel sports, thanks to the unfettered Royal support being accorded to it.

The institution gets the best of thoroughbred Omani camels, the best cameleers and the most specialised technical caretaker teams to prepare the animals to win the highest awards, Sayyid Asaad added.

Sayyid Asaad pointed out that the Al Bashayer camel racing track is considered one of the largest and finest in the world of camel racing.

“Al Bashayer is one of the most advanced camel racing tracks and it meets all international specifications for this type of sports. Regular improvements are made to its facilities, including the range, metal fences, light posts and the main spectator ramps. Once all the components are readied, Al Bashayer will be qualified to host a variety of camel racing events for all age-groups, day and night,” Sayyid Asaad said.

Besides camel races, Al Bashayer will also be a venue for other sports and cultural contests, so that it could perform its full role towards entertaining all segments of society, Sayyid Asaad added. He noted that the field and track of Al Bashayer will, additionally, be a place of reception for tourists from within the sultanate and abroad who are expected to flock to Oman to relish the country’s diversity. The venue will also showcase various antiques peculiar to Al Bashayer and its adjoining villages.

Speaking about Al Bashayer camels and their feats, Sayyid Asaad said that Al Bashayer emerged as an idea that has developed into a major project. Internationally renowned cameleers were recruited, equipment set in place and the whole facility is being prepared to cater to Al Bashayer camels.

“We are totally satisfied with the accomplishments made in a record time,” said Sayyid Asaad.

On his vision for the future of camel sports, Sayyid Asaad said camel sports receive attention from all segments of society and have a wide audience who follow the various stages of races in Oman and abroad.

Camel owners take keen interest in obtaining the best pedigree and bring the best cameleers, said Sayyid Asaad, noting that preparations begin very early for the competitions, along with health, feeding and training of animals.

Sayyid Asaad also hailed the role of the media and social media in highlighting the events in full detail.

Sayyid Asaad reaffirmed the originality of Omani camel sports which, he said receives support at all levels in the sultanate and GCC states. He pointed out that the holding of joint camel racing events in GCC states gave strong impetus for competition and earned these sports a wider audience.

Sayyid Asaad expressed hope that organisers of camel sports would espouse a unified and advanced code, right from the start of the sporting season, so that all could participate in the events, have the time to prepare and give camels enough rest.