Bandar al Khairan rock art to be made tourist site 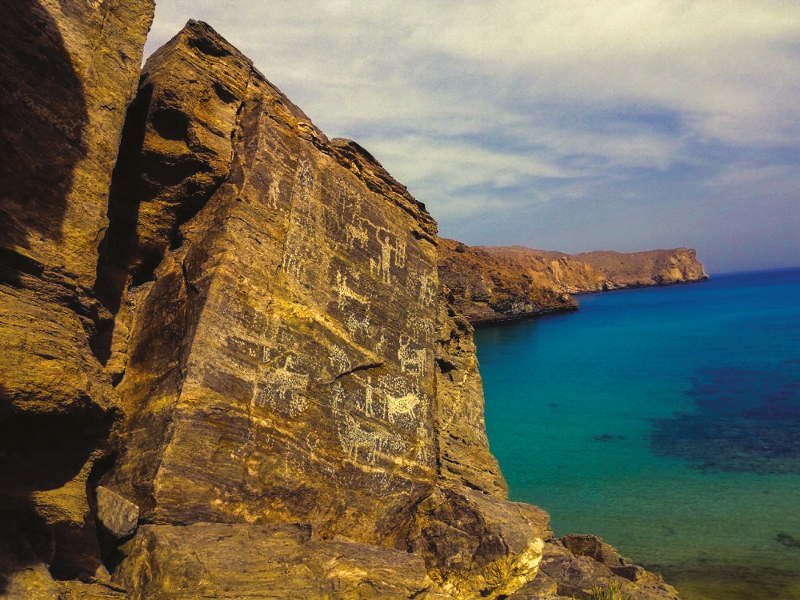 The Ministry of Heritage and Tourism has verified and documented ancient inscriptions on rocks in Bandar al Khairan which it will designate as a tourist site. The ministry expects to complete infrastructure work to protect the site soon.

These developments follow the ministry’s response to Majid al Jabri on Twitter who had posted photographs of the rock inscriptions.

Speaking to Muscat Daily, Jabri said, “I found the ancient inscriptions while hiking in Bandar al Khairan. I took pictures of the inscriptions and posted them on my Twitter account, asking the ministry to verify and document the place.”

Describing the inscriptions, Jabri said these are distributed on three sheer rock faces. “The first is an inscription depicting bulls, perhaps plowing, a dog, and an ancient man. The second rock has carvings of an animal, perhaps a bull or gazelle. The third has inscriptions showing two human beings.”

Jabri noted that the site is frequented by hiking and adventure enthusiasts, and hoped more tourists visit it now.

“My sincere thanks and appreciation to the Ministry of Heritage and Tourism for its interest in preserving and documenting these important sites,” said Jabri.