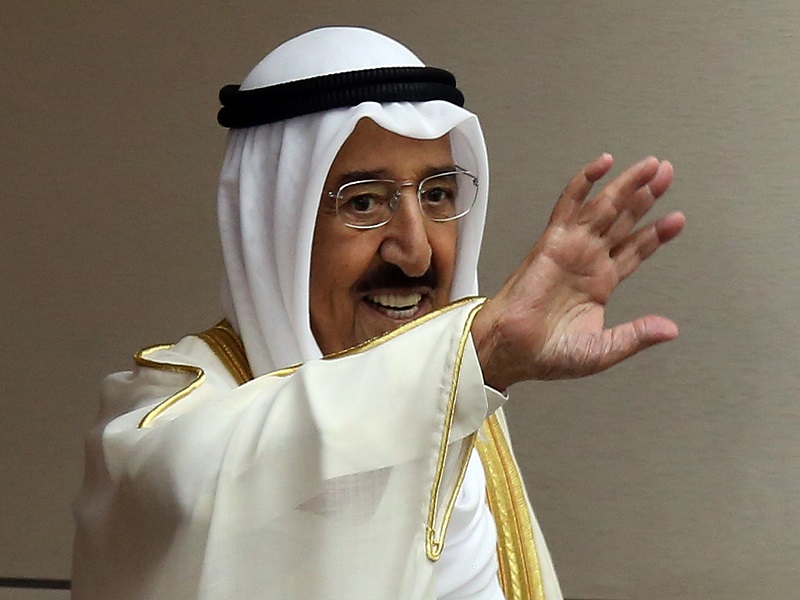 Kuwait’s emir Sheikh Sabah al Ahmed al Sabah, regarded as the architect of the nation’s modern foreign policy, died on Tuesday at the age of 91.

“With great sadness and sorrow, we mourn… the death of Sheikh Sabah al Ahmed al Jaber al Sabah, Emir of the State of Kuwait,” said Sheikh Ali Jarrah al Sabah, the minister in charge of Royal Affairs, in a televised statement.

The emir had been receiving hospital treatment in the US since July after undergoing surgery in Kuwait City.

No details have been disclosed on the nature of the emir’s illness or treatment, and the palace did not say where he died.

Sheikh Sabah had ruled Kuwait since 2006 and was dubbed the ‘dean of Arab diplomacy’ for his efforts to restore relations with states that backed Iraq during the 1990-1991 Gulf War, when the country was invaded by Iraqi forces.

His half-brother Crown Prince Sheikh Nawaf al Ahmed al Sabah, 83, was named the new emir by the country’s cabinet on state TV on Tuesday. Under Kuwait’s constitution, the crown prince automatically becomes emir and assumes power after taking oath in parliament. Sheikh Nawaf, an elder statesman, has held high office for decades including the defence and interior ministries.