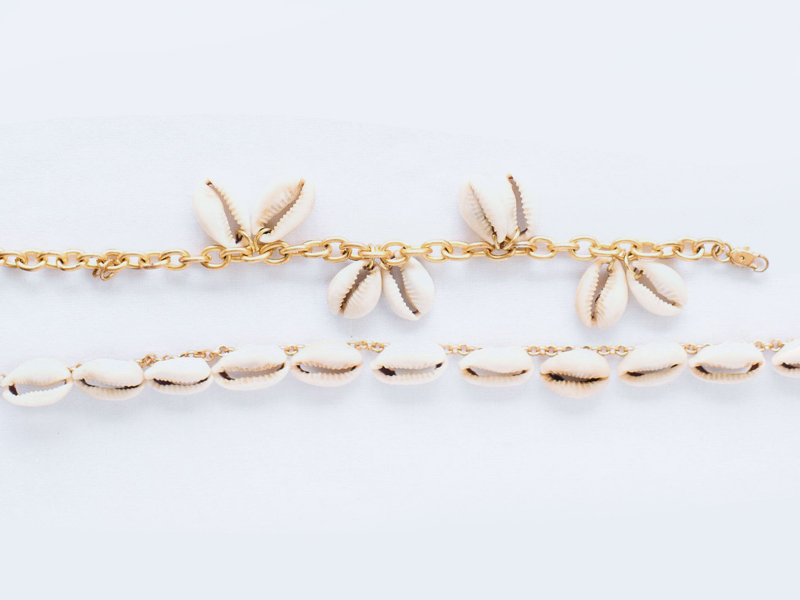 Shell jewellery is always a popular trend during summer. In fact, it had been a craze last year and it continues into 2020 with the same enthusiasm. So, if you love to walk away from convention, how about trying some shell jewellery this summer?

While top designers the world over included shell jewellery in their shows, the trend has found its way into many branded collections available in different markets, also in the Middle East. Shell jewellery come in combination with beads as well as imbedded in gold, silver and other metals, each piece having a class of its own.

Style glossies say, influencers such as Lendra Medine, Pandora Sykes, Monikh and Lizzy Vdligt were early-adopters, and it wasn’t long before everyone else was in on it. It’s definitely holiday-inspired fashion, which, according to Lisa Aiken, fashion director of Moda Operandi, is the secret to its lasting power, an article in Marie Claire, UK’s popular international style magazine, stated.

‘Shells are one of those things that feels like the memento you brought home from your holiday. There is a memory attached to it. That’s why I think this trend has staying power,’ says Aiken.

Most designers say shell jewellery may be reminiscent of holidays, but serious fashion stores have incorporated high quality shells in jewellery, embellished with crystals or mounted in intricate gold settings, giving them a unique elegance. From necklaces and bracelets, to earrings and pendants, there are innumerable picks for those who like to get off the beaten track and buy jewellery that are more than just mementos.

The ‘Conus Gloriamaris’ is among the 12,000 species of seashells found in the Philippines and is considered the rarest and, possibly, the most expensive seashell in the world.

Most shells are dextral, meaning they open to the right,. though there are some that are sinistral, or left opening. Shell collectors always look out for sinistral specimens.

A seashell is actually the body part of a sea creature such as a mollusk. When the mollusk is alive, the shell protects the soft body inside as a sort of protective layer. After the animal is no more, the soft body might be eaten by other creatures or decompose naturally, leaving behind the shell.

Seashells were once used as currency. A white cowry shell was the kind that became an important monetary unit in some countries in ancient times. It was once deemed valuable in East Asia, Africa, and South Asia.

Shells have high levels of calcium carbonate, an element that’s found in soil conditioners and fertilisers. To use seashells in gardens, you have to grind them to a fine powder first. The more they’re mixed into the ground, the more the garden will benefit from their nutrients.

When we look at a mollusk shell, we notice a neat pattern on them. This isn’t a coincidence, but rather part of the animal’s own actions. The shell is part of their outer body, so the sea creature has to make it grow along with them, often making layers using the impurities around them.