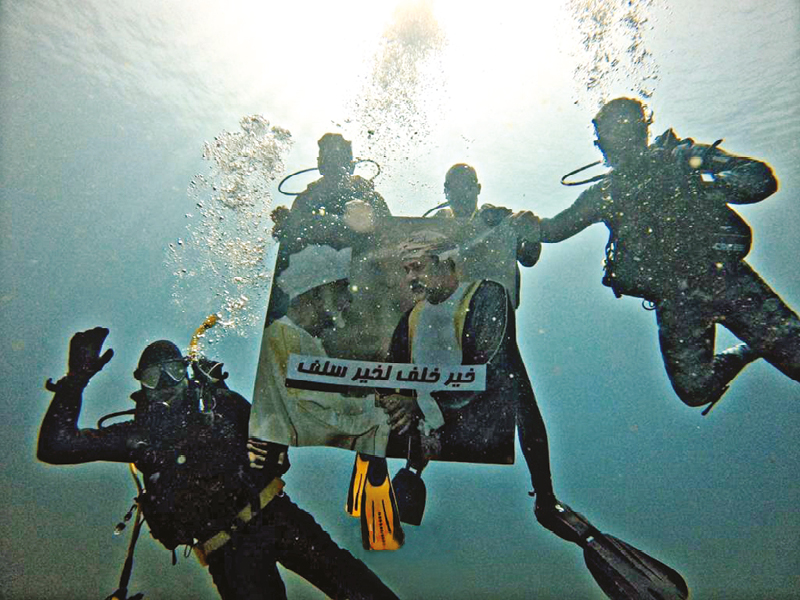 Paying tribute to the Late His Majesty Sultan Qaboos bin Said while pledging allegiance to His Majesty Sultan Haitham bin Tarik, Anas al Raqadi, 21, from the wilayat of Bausher in Muscat and his team recently dived in the waters near Damaniyat Islands carrying the two leaders’ photographs.

The group’s objective behind the dive was to raise awareness on the importance of preserving maritime heritage.

The words ‘Good successor to good predecessor’, were written on the 1m x 1.5m photograph.

The dive was also aimed at promoting tourism sites in Oman and spread the culture of diving among members of the community.

“Oman has many beautiful places for diving, such as the Damaniyat Islands and Al Halaniyat Islands. These attract tourists from all over the world,” Raqadi noted.

Expounding the benefits of diving, he said that while it’s not easy and requires training, it has made him self-confident and helped his decision-making abilities.

He urged young people to learn diving and added, “We will continue to promote tourism and support domestic tourism with our diving activities.”