Youth asked to speak up against virus; shaming of wrongdoers still an option 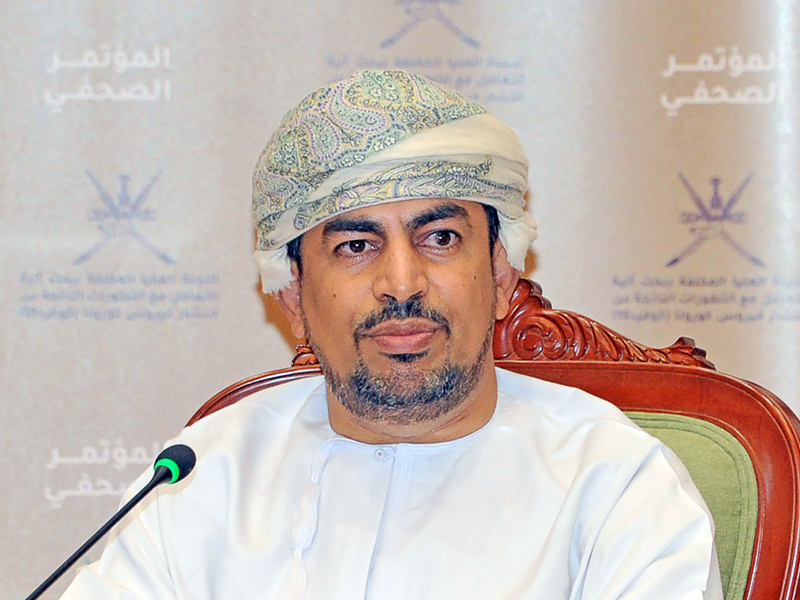 While praising the role the media has played in dealing with rumours and tackling misinformation regarding COVID-19, H E Dr Abdullah bin Nasser al Harrasi, Minister of Information, called on youth to come up with innovative ways to raise awareness as they can deal with technology effectively.

H E Dr Harrasi is also a member of the Supreme Committee dealing with the COVID-19 pandemic.

The minister added that the option of public shaming of those who fail to comply with precautionary measures is still on the table, but the Supreme Committee doesn’t want to do that.

“I say to the talented youth: This is your time and we at the Ministry of Information and as the government are willing and ready to support all awareness efforts,” H E Dr Harrasi said.

H E Dr Harrasi said that the efforts made by different mass media, including TV, radio, newspapers and websites, as well as the social media influencers are greatly appreciated.

He added that the media’s role was not limited to spreading information about the disease only through the publishing of precautionary measures and methods of protection.

“This role is expanded to cover the dissemination of scientific knowledge in an unprecedented manner that keeps abreast of developments of diseases in general and established methods of protection against them,” he said.

H E Dr Harrasi pointed out that exposing offenders by publishing their names in the media has been discussed in the Supreme Committee’s meetings but no decision so far has been taken to enforce the measure.

“The committee is fully aware of people gathering in farms and other places, and these types of assembly are closely monitored and the idea of public announcement of names of offenders is still an option, but we do not want to take this approach,” said H E Dr Harrasi.

He explained that COVID-19 taught people a lot and alerted them to many aspects of the problem.

“Some of these include the practice of direct import to the sultanate, the development of practical ways to benefit from sciences and knowledge and distance learning, among other aspects which can be of use in the future.”