Reopening of 7th package of activities to be announced soon 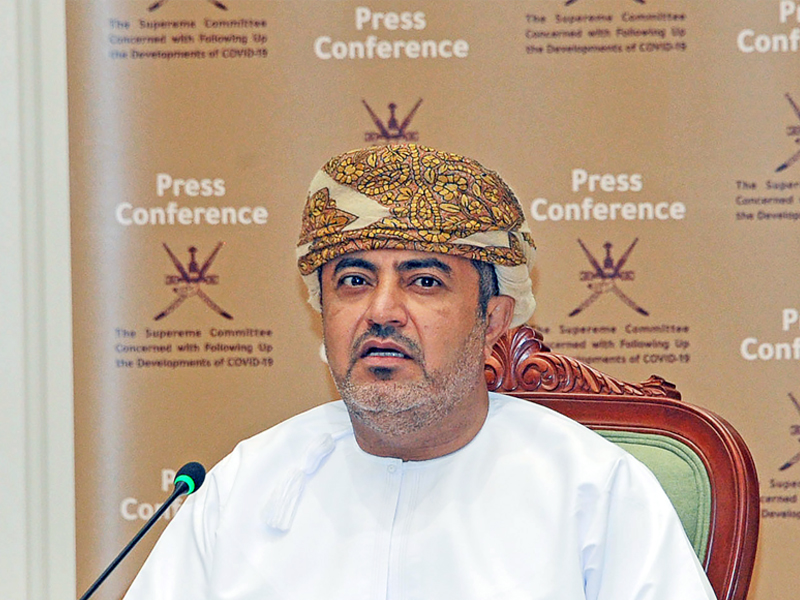 The seventh package of activities to be opened will be approved at the next meeting of the Supreme Committee for dealing with COVID-19, according to H E Eng Said bin Hamoud bin Said al Ma’awali, Minister of Transport, Communications and Information Technology.

He added that land borders will be opened initially for citizens and residents who have a valid visa.

H E Eng Ma’awali said the Supreme Committee has agreed that it is time now to reopen (in the coming period) other businesses that were reviewed in an earlier meeting.

“Eleven new commercial activities were discussed in the previous meeting of the committee and three of these have been resumed, while the rest remain closed due to the high rate of infections. In accordance with the decision of the Supreme Committee, the maritime crews will be allowed to start changing rotation, which is good news as there are some of our sons who have spent more than six months outside the sultanate and they will be able to return finally,” added the minister.

He explained that the issue of visas was discussed at the Supreme Committee meeting.

Borders will be opened initially for citizens and residents who have a valid residence visa. Decision on other visas will be taken after studying the experience.

“The total number of incoming and outgoing flights in the sultanate reached 3,882 flights, carrying about 680,000 passengers and more than 20,611 tonnes of cargo. The Muscat Air Traffic Control Centre operated 58,751 flights across the Omani airspace, which has remained continuously open for international flights,” he added.

As a commitment from the CAA to protect the rights of travellers whose reservations were affected due to the pandemic, it has issued circulars to all airlines operating in the sultanate to regulate the mechanism of compensation for the value of tickets or refunding them in accordance with the rules approved in this regard, according to Dr Mohammed bin Nasser al Zaabi, president of CAA.

He explained, “The aviation sector in the sultanate suffered heavy losses and a major economic impact as a result of the pandemic. In the first months, the number of aircraft crossing the sultanate’s airspace decreased from 1,600 to 150 – a decrease of 85 per cent. It has reached about 500 to 600 aircraft now. The authority’s revenues decreased by 50 per cent and losses exceeded RO200mn during the pandemic.”

He said the traveller’s guide will be available on the authority’s website – caa.gov.om – which includes all instructions that must be followed by passengers departing and coming to the sultanate and while being at the airport.

The operation will be for a limited number of regular flights between Muscat International Airport and a number of airports in the GCC, Asia, Europe and Africa.