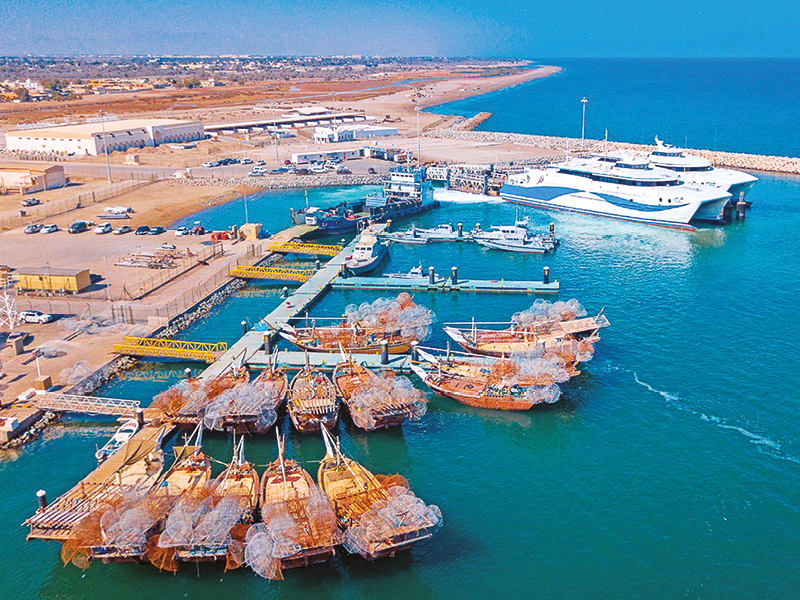 Oman will celebrate World Maritime Day, observed annually on September 24, at a time when the ASYAD Group is aiming to achieve growth and business continuity while keeping the sustainability of marine life high on its agenda.

The group is adopting international standards and practices to reduce greenhouse gas emissions and limit the sulphur content in fuel oil in its operations.

As per a statement, the group’s efforts fall in line with the Sultanate of Oman’s Logistics Strategy (SOLS) 2040 to cement Oman’s global logistics hub position.

This year the International Maritime Organization (IMO) marks the World Maritime Day on the theme ‘Sustainable Shipping for a Sustainable Planet’.

The ASYAD Group stated that it is committed to supporting the efforts of concerned authorities preserve Oman’s marine ecosystem and will continue to echo the global voice for preserving the natural capital locally and internationally, through its implementation of sound maritime transport practices.

The logistics group adheres to the International Convention for the Prevention of Pollution from Ships (MARPOL Annex VI), throughout its maritime operations as part of its efforts to protect the maritime environment. Green initiatives such as using Very Low Sulphur Fuel Oil (VLSFO); prohibiting fuel or plastics discharge into the marine environment; and controlling ships ballast water and sediments are key business policies and practices within ASYAD Group operations.

Additionally, all Omani ports pay attention to the sustainability of the environment by adhering to international regulations and standards.

The Port of Salalah, fitted with reception facilities, which works in compliance with the international and local requirements for ‘zero tolerance of illegal discharges from ships’, provides a host of compliant logistics services centred on the safety of marine life. As for the Port of Duqm, it was established according to the best international environmental and safety standards to maintain maritime life.

In an unprecedented initiative, Sohar port demonstrated its commitment to sustainable shipping by introducing a system that rewards international ships and shippers keen on reducing air emissions, in accordance with the IMO standards.

Sohar port gives a five per cent rebate on port dues to shipping companies that have made additional investments in their ships and crew to improve their environmental performance, safety and quality standards.

This year witnessed a 40 per cent increase in rebates granted, and 239 ships against 148 ships in 2019 were rewarded. Sohar port is the only port in the Middle East and among 20 international ports providing such incentives within the framework of the World Ports Climate Initiative.

Adhering to the quality requirements of MARPOL, Oman Dry Dock Company boasts integrated plants for recycling and disposing of chemical waste, as well as filtering and purifying bilge water and oily effluents before being discharged into the sea.

Up to the end of August 2020, the quantities of treated and discharged water increased by 29 per cent compared to that of 2019.