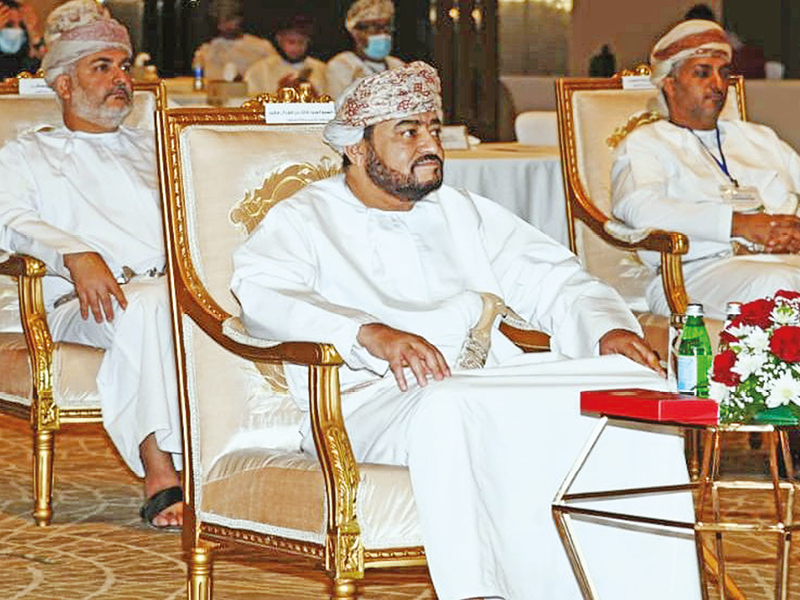 The ninth round of Al Roya Economic Forum took place on Wednesday under the title ‘Road to Oman Vision 2040’.

The annual economic forum saw a large turnout of experts and specialists who deliberated on various topics revolving around the sultanate’s ambitious strategic plan.

The forum was opened by Sayyid Fatik bin Fahr al Said, Special Envoy of His Majesty the Sultan.

In an opening speech, Sayyid Fatik said, “The event comes at a delicate moment as the sultanate braces to move confidently towards wider horizons, abuzz with ambitions, and aspires to join the orbit of advanced nations under the astute leadership of His Majesty Sultan Haitham bin Tarik – its vehicle being Oman Vision 2040.”

“His Majesty the Sultan’s attention to the future vision started seven years ago, when the strategic plan took shoots, sprouted and began to take shape, setting the stage for coming generations to aspire for higher ranks in global indicators,” said Sayyid Fatik.

Hatim bin Hamad al Ta’ee, editor-in-chief of Al Roya daily, said in a speech that the 2020 economic forum, held in the backdrop of the COVID-19 pandemic, explores many issues of relevance to Oman Vision 2040.

Eng Ghareebi highlighted the role of the two sectors of oil and gas in fueling the national economy. He laid emphasis on the responsibilities shouldered by oil firms and the need to empower other sectors.

This was followed by a discussion session under the theme ‘Setting off towards the goal’.