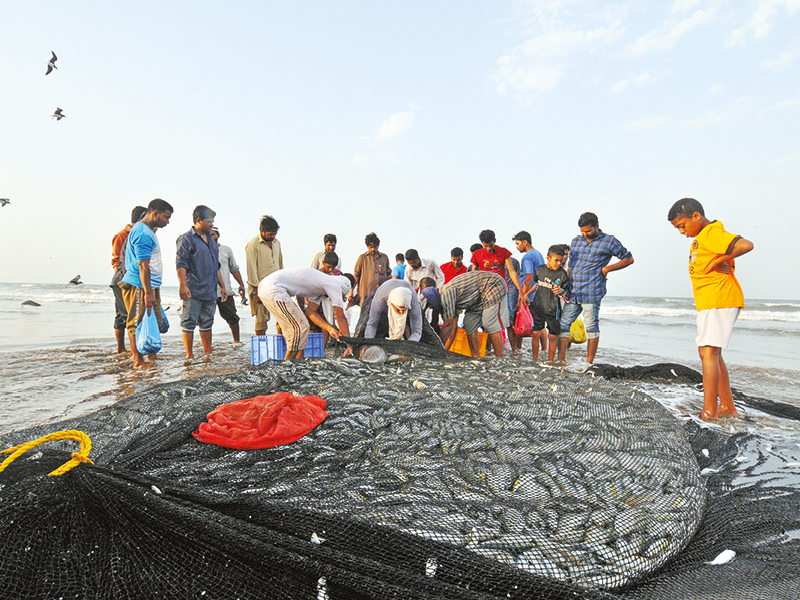 The fishing industry is one of the largest employers in the sultanate and a major contributor to the national economy. With many new fishing ports launched recently or under planning, besides the growing infrastructure support for the industry, fish landings have steadily increased over the years.

The Ministry of Agriculture, Fisheries and Water Resources has launched several projects to support the fishery sector by modernising boats, launching fish farms, setting up fish markets and creating artificial breeding grounds among coral reefs in Suwaiq to boost volumes.

NCSI figures show that 37 per cent of the sultanate’s artisanal fish production in 2019 was contributed by Al Wusta governorate, followed by South Sharqiyah – 26 per cent.

In 2019, the Ministry of Agriculture, Fisheries and Water Resources and Al Raffd Fund signed a cooperation agreement to finance a project to introduce 275 modern fishing vessels by 2023.

The ministry has trained 250 Omanis in the first phase of this project. The programme aims to empower Omani youth to work in the fisheries sector. The programme also aims to maintain quality of fish products, raise the revenues of Omani fishermen, and improve their working conditions by meeting safety and security requirements on boats.

The programme includes training of fishermen on the applications of navigation devices, boat operations, maintenance of engines, requirements of safety and security and maintenance of fish quality.