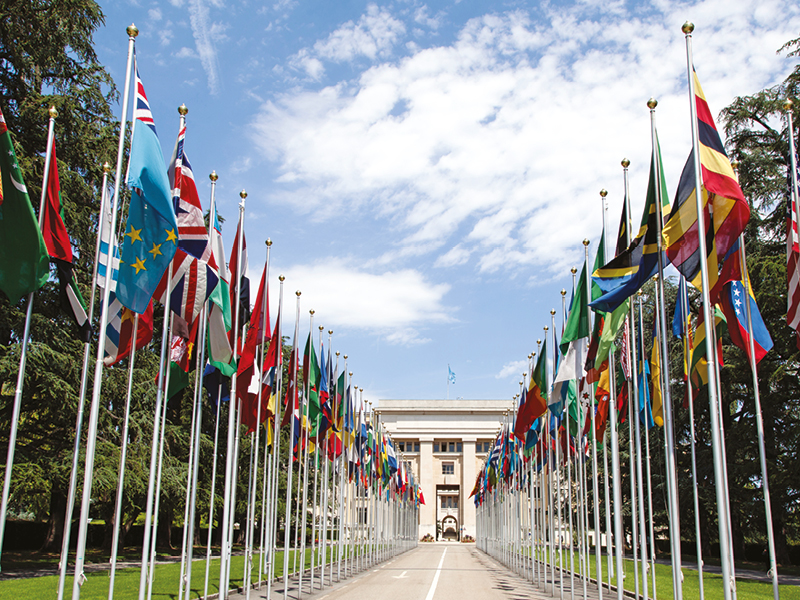 In a survey of over 1mn people from all countries, 74 per cent  respondents saw the UN as ‘essential’ in tackling global challenges

To mark its 75th anniversary, the United Nations had launched a global consultation in January 2020 regarding its role and its future.

Amidst the COVID-19 pandemic, the UN’s worldwide consultation has revealed a strong call for action on inequalities and climate change, as well as more solidarity.

Through surveys and dialogues, it asked people about their hopes and fears for the future – representing the UN’s most ambitious effort to date to understand expectations of international cooperation and of the world body in particular. It is also the largest survey to date on priorities for recovering from the COVID-19 pandemic.

As of September 21, 2020, over a million people from all countries and all walks of life had taken part. Their answers provide unique insights into what the public wants at this challenging time for the world. They were released on September 21 to coincide with the UN General Assembly’s official commemoration of the 75th anniversary, held under the banner: The future we want, the UN we need.

UN Secretary-General Antonio Guterres on Monday deplored the lack of multilateral solutions to global challenges as he opened the summit for the world body’s 75th anniversary.

“No one wants a world government – but we must work together to improve world governance,” Guterres said at the UN General Assembly rostrum ahead of virtual speeches by world leaders.

“In an interconnected world, we need a networked multilateralism, in which the United Nations family, international financial institutions, regional organisations, trading blocs and others work together more closely and effectively,” Guterres said.

“In these days of physical distancing amid COVID-19, we must stand together for peace. And together, we can – and will – build a more just, sustainable and equitable world.”

Highlights of the speech by Sheikh Abdul Malik bin Abdullah al Khalili, Chairman of the State Council, to the UN on the occasion of its 75th anniversary

“Oman values its strategic partnership with the UN and reaffirms its continued support to this partnership. The UN has earned over the past decades a pivotal role in international relations. It is a focal point and a beacon of hope, security, justice and peace, and an umbrella for the peaceful settlement of disputes in accordance with the provisions, principles and rules of international law,” he said.

“We have gathered today to mark the 75th anniversary of the UN at a time when the world is witnessing great unrest and an unprecedented global health crisis with serious economic and social impacts.”

He expressed the sultanate’s hope that this crisis will motivate the whole world to overcome it with strong will, great determination and a readiness for dialogue, cooperation and solidarity as one global family that works towards securing a better future for all.

Sheikh Khalili point-ed out that the activities of the UN have branched out with the growth in the number of its members and the global population boom over the past decades. Its agenda has become burdened with various interests and aspirations more than ever before in the face of development, rapid transformations and thorny challenges.

He urged member states to develop UN structures and mechanisms to keep pace with the aspirations and hopes of current and future generations in securing decent living standards, justice, security and stability for all.

The State Council chairman also reaffirmed the sultanate’s appreciation of the efforts of UN organisations and programmes in combating poverty and disease, enhancing opportunities for peace and harmony, achieving sustainable development goals, and its efforts in the field of environmental conservation, climate issues, global warming, extremism and terrorism in various parts of the world.

He explained that the noble principles of the UN underpin the sultanate’s approach to foreign policy and international relations.

Oman supports opportunities and endeavours for peace, understanding, cultural diversity, tolerance, positive dialogue and close cooperation with other nations and peoples. It also supports the settlement of disputes by peaceful means in accordance with the provisions, principles and rules of international law to face the challenges of the times.

Sheikh Khalili concluded Oman’s speech by stressing on the fact that the sultanate will remain an effective partner of the UN to further advance its role in achieving its noble goals and objectives in achieving international peace and harmony and building a world of security, stability and prosperity.