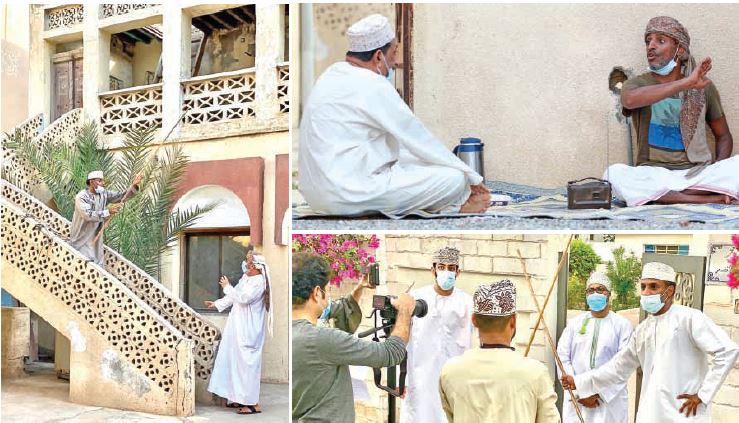 In efforts to combat the spread of COVID-19, Najiah bint Amer al Hajriyah School’s Student Parents’ Council launched an initiative in July making short films to raise awareness on the disease that has wreaked havoc all around the world.

Speaking to Muscat Daily, Naima Alhattali, principal of the school and writer of the films said, “The Student Parents’ Council initiated the project on July 19. We have a YouTube channel- ‘Yawmiat Musabeh’ or ‘Musabeh’s Diary’ – for the short films.”

Naima roped in actor Khamis al Rawahi to play the lead in the films.

“Rawahi welcomed the idea and worked for free,” the principal informed.

“The films range from four to seven minutes in duration and each addresses a specific social issue related to COVID-19. One film revolves around a retired person inviting his friends and relatives to his house. I play a socially-conscious character explaining to him why it’s not right to socialise in these times of a pandemic and urge him not to do so,” Rawahi said.

Another film addresses the problem of infected patients not following the quarantine guidelines. Talking about the task at hand, Rawahi said it’s been a fulfilling challenge overcome with the enthusiastic cooperation of all those involved. More than 12 people, including actors, cinematographers and editors volunteered their time and effort.

“Making short films and putting them on YouTube is a lot of work, but it has been worth it,” Rawahi informed.

According to the actor, the YouTube channel clocked more than 2,500 registered subscribers – scattered in Bahrain, Britain, Egypt, France and Saudi Arabia, among other countries – in less than two months.

On the anvil are plans for a TV series on social issues.

“We also hope the ‘Musabeh’s Diary’ films can be turned into a TV series for which we need financial support from private parties,” Rawahi said.