Oman has made considerable progress in food security: FAO 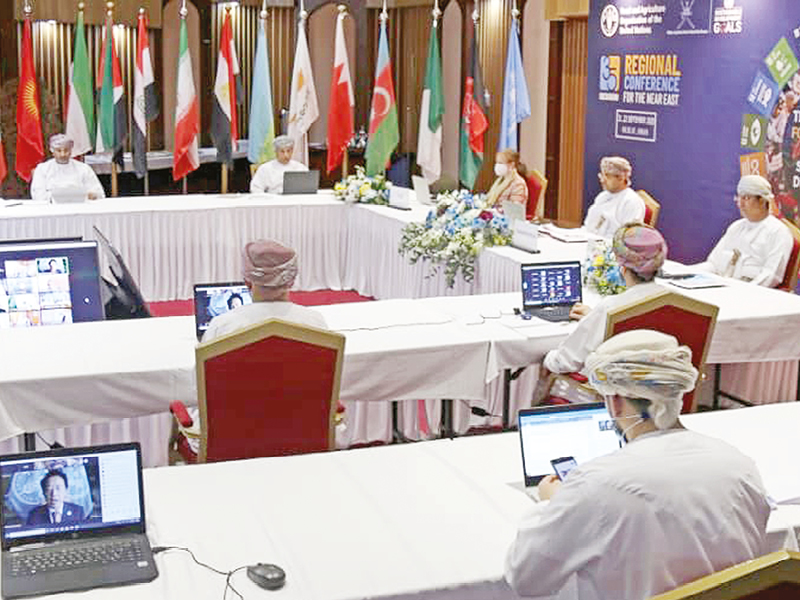 The UN Food and Agriculture Organization (FAO) has commended the progress made by the sultanate towards achieving food security.

The observation was made in a regional report prepared for discussion during the 35th session of the Regional Conference of FAO for the Near East, which was hosted virtually by the sultanate on September 21 and 22.

The report said that the sultanate made considerable progress in limiting the ‘lack of food security and malnutrition’.

The international organisation added that the rate of food shortage in the sultanate declined from 10.5 per cent to 6.8 per cent in the period from 2004 to 2018 and, accordingly, the number of the malnourished stood at 0.03mn.

The meeting discussed regional challenges and priorities related to the transformation of food systems to achieve sustainable development goals (SDGs) in the Near East and North Africa region. It also discussed enhancing the effectiveness of FAO in the region and helping it define its priorities for the next two years.

The meeting aimed at boosting responsibility and joining hands together to address the growing challenges facing the region in terms of food security, water scarcity and climate change

The report noted that the number of people suffering malnutrition in the Near East region stood at 98.8mn from a total of 809.9mn in the world.

Malnutrition is prevalent in the Arab region at a rate of 13.2 per cent, comprising 55mn men, women and children, said the FAO report.