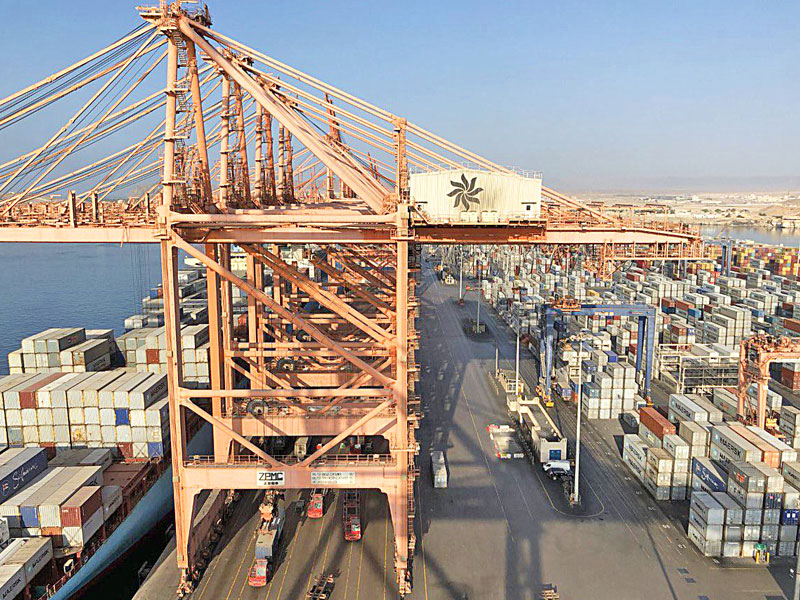 Port of Salalah, the transshipment hub in the Middle East region, climbed seven spots from its previous ranking to emerge 44th this year in the prestigious list of top 100 container ports in the world.

The ranking of the top 100 container ports was recently announced by Lloyd’s List, a global leader in shipping news and intelligence, which analyses the annual container throughput figures of the world’s elite port facilities. Port of Salalah last year ranked at the 51st position among the top 100 ports.

Lloyd’s List in its report noted that Port of Salalah bounced back stronger than ever after the devastation wreaked by Cyclone Mekunu two years ago.

‘The container terminal capacity was restored to pre-cyclone levels by the end of last June. By December, Salalah clocked up its all-time record month for box throughput,’ Lloyd’s List said.

The 2020 evaluation of the port is based on last year’s performance. Port of Salalah handheld 4.1mn TEU containers in 2019, recording a growth of 21.4 per cent compared to 3.38mn TEUs in the previous year.

Lloyd’s List said that Port of Salalah, which serves as the regional hub for the 2M alliance of Maersk and MSC, has made up for the devastating impact of 2018’s Cyclone Mekunu.

The report noted that a number of investment projects have recently been completed or are underway at Salalah, including the completion of a central service corridor, infrastructure and jetty rehabilitation work, additional flood protection, new fenders at berths 30 and 31, and new plants and handling facilities for LPG and ammonia.

During the first half of 2020, Port of Salalah’s container terminal volumes grew by 13 per cent to 2.2mn TEUs compared to 1.94mn TEUs in the corresponding period of 2019, according to the latest financial report of Salalah Port Services Company.

‘Given how this year has unfolded at the hands of the coronavirus crisis, 2019 can be marked as the calm before the storm. Top 100 volume growth softened on the previous year, a trend in line with the projections for more moderate growth from here on as the container port sector gains maturity,’ the report said.

As per Lloyd’s List, the strong performances were recorded in both the Middle East and the Mediterranean, where average growth among the region’s ports grew by 6.3 per cent and 6.6 per cent, respectively. Volume growth in Northern Europe, North America and Central and South America was slim, at best.