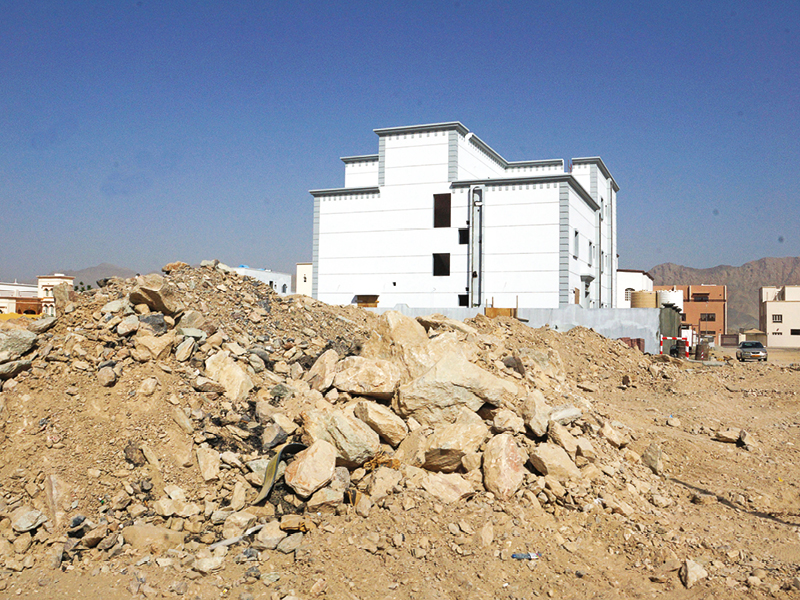 In its efforts to safeguard the environment and preserve the urban character of Muscat governorate, Muscat Municipality has reiterated that cutting  mountains and digging under  roads are only permissible after obtaining a licence from the municipality in accordance with the provisions of regulations in force.

Muscat Municipality issued the regulation (212/2017) which relates to obtaining licences for mountain cutting and excavation work.

‘The municipality reaffirms the importance of providing protection from falling rocks and landslides. The work has to be carried out by an approved contractor, under the supervision of an accredited consultant in accordance with the licence issued by the municipality.’

The municipality stated that it examines any application it receives with all the required documents, and decides upon it within a period of 30 days from the date of submission. The request should be considered rejected if the said period passes without a reply from the municipality.

The regulation prohibits cutting of mountains or doing excavation work under roads between sunset and sunrise, and from Friday until midday on Saturday. Such work can be done only after obtaining prior approval from the municipality, and providing a bank guarantee with a minimum of RO2,000 for a period of two years according to the type of cut and its length. In a letter of pledge, a road contractor registered with Muscat Municipality needs to mention that the applicant will carry out repair works if asphalted roads are damaged.

The contractor is obliged to provide a certified bank guarantee of RO30,000 to the municipality for a period of two years in case of spiral digging under a main dual carriageway of two lanes; RO7,500 will be added for every extra lane.

A consultant is obliged to submit a request to the municipality to remedy the situation in the event of a collapse that damages  buildings around the project within a maximum period of ten days from the date of the collapse.

Since this type of excavation causes accumulation of debris, Muscat Municipality stated that a letter confirming the disposal of waste should be submitted when requesting the refund of the insurance amount. In another letter, the authority which supervised the project needs to mention that the project was implemented according to the necessary procedures.

The consultant and the contractor, depending on the circumstances, will be liable for any incident caused by the work implemented and for the damages caused to individuals, public and private property during the implementation of the project.

The regulation stated that anyone who violates the provisions of the regulation will be penalised with an administrative fine of RO2,500 in case the licence was not obtained. A fine of RO500 will be added if any other provisions are violated. If the violation is not corrected within ten days, the licence will be considered revoked.