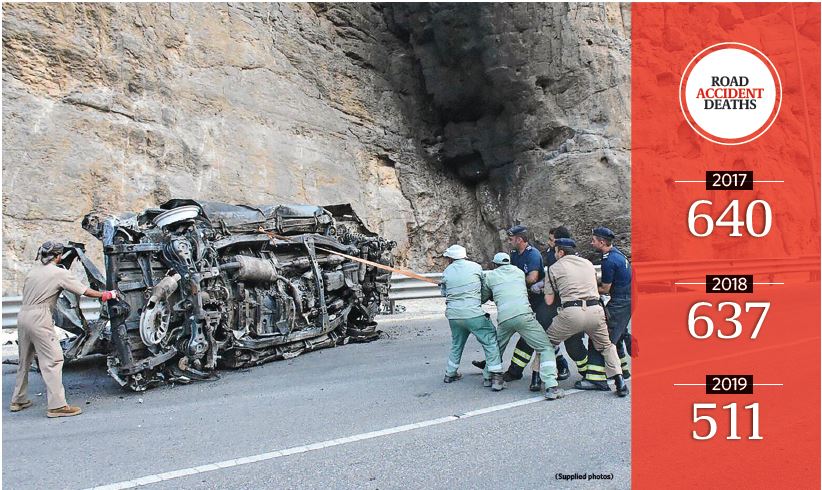 A total of 511 people were killed in road accidents in 2019 in the sultanate, a decrease of 20 per cent over 2018, according to official statistics released recently. Of the 511 lives lost, 269 were due to overspeeding.

Figures released by the National Centre for Statistics and Information (NCSI) show 640 people were killed in road accidents in 2017 and 637 in 2018.

Among the reasons for death related to traffic accidents, speed was followed by negligence (98), bad road behaviour (50), overtaking (32), defects in vehicle (28), driver’s fatigue (12), tailgating (12), flaws in road (2), and one of each related to weather conditions and sudden stopping.

The sultanate imported cars worth RO785mn in 2019, of which passenger cars accounted for RO606mn, RO107mn for motor vehicles for transport and goods, RO32mn for public transport type passenger motor vehicles, RO31mn for tractors and semi trailers and RO9mn for special purpose motor lorries and vans.