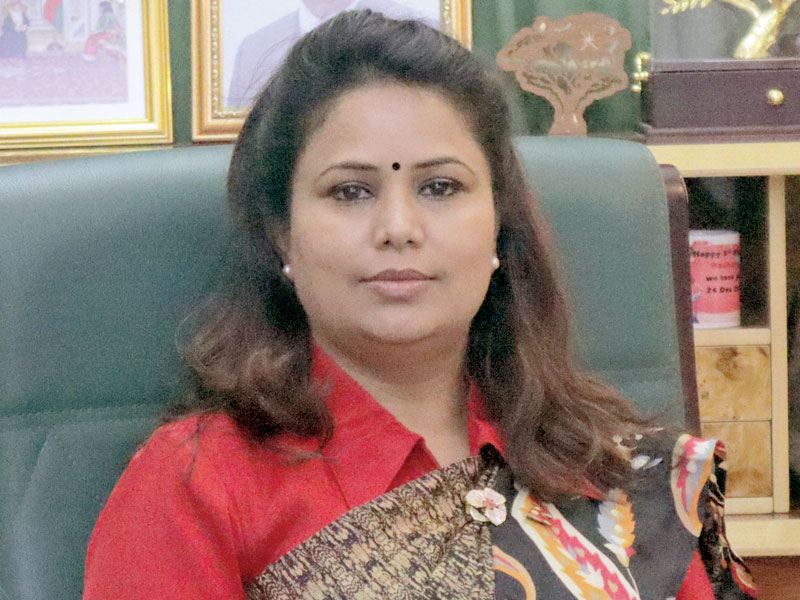 The bilateral relations between Oman and Nepal are expected to get a further boost as the country is keen on signing more Memorandums of Understanding (MoUs) in several areas that will further consolidate engagements between both governments and people.

Speaking exclusively to Muscat Daily’s ‘Walk the Talk’ show on the occasion of Nepal’s Constitution Day as well as the country’s National Day which is celebrated on September 19, H E Sarmila Parajuli Dhakal, Ambassador of Nepal to Oman, said the harmonious diplomatic relation between the two countries have existed since long.

“I was further deepened after I assumed responsibility as my country’s first ambassador to the sultanate. We have signed four MoUs on different sectors from bilateral consultation mechanisms to MoU on museums and cultural fields,” she said.

She added that the human resources sector is also one of the strong pillars of mutual relations between the two countries.

“We have almost 19,000 Nepalis living in Oman. It is my great honour to express gratitude to His Majesty Sultan Haitham bin Tarik and his government for continued support to us.”

About 30 per cent of Nepal’s GDP is attributed to remittances from workers living abroad, making the economy heavily reliant on foreign employment.

It has three areas of comparative advantage – hydro power, tourism and agricultural products.

Speaking about the land lease agreement for chancery and residence of head of the mission, H E Sarmila said, “This is to enhance our diplomatic relations further. We have recently signed the agreement to lease a plot of 4,100sq m land in the diplomatic area for the purpose. The embassy is planning to begin construction once the design is complete which we have already started.”

On Nepal’s Constitution Day, H E Sarmila said, “On the Constitution Day of Nepal, the day we celebrate as National Day, I on behalf of the Government of Nepal, would like to congratulate Nepali citizens living in Oman and abroad. I appreciate the contributions Nepalis living abroad have made in the development process of Nepal. Our country needs all of your continuous support and creative suggestions.”