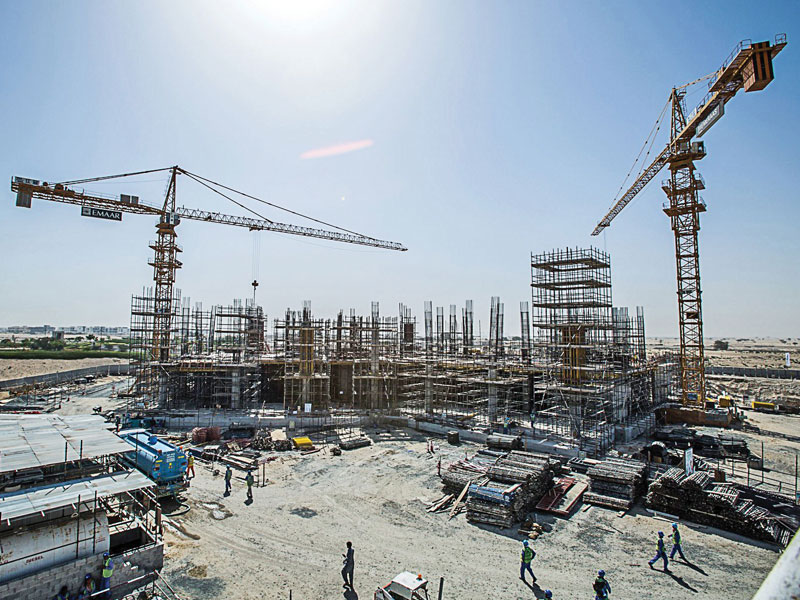 After many months of lockdowns and closing of the economic activities worldwide, the project activity in the GCC has significantly slowed due to the disruption caused by the COVID-19 pandemic.

The GCC countries in recent months have witnessed the impact of the lockdowns on economic growth and the record decline in oil revenues, which has drastically reduced the project activity in the region.

The total value of construction contracts awarded in the GCC during the second quarter of 2020 fell by 40 per cent to US$9.5bn from US$16.2bn in the second quarter of 2019, according to Kuwait-based Kamco Invest which published the data from MEED Projects in a report. The report said that the sharp decline in the value of awarded contracts was mainly due to the disruption of the coronavirus outbreak and the steep decline of oil prices.

Saudi Arabia recorded a 46.7 per cent decline in the value of contracts awarded in the second quarter at US$2.3bn.

Similarly, Qatar’s value of projects awarded in the second quarter fell by 39.9 per cent to US$2.1bn.

‘Oman’s government has taken extraordinary measures to support the economy against the COVID-19 pandemic and the fall in oil prices, including a 10 per cent cut in the sultanate’s state expenditures,’ the report said.

The report said that Oman’s energy and utility sectors are the two main sectors which are expected to be the hardest hit by the pandemic.

‘However, the Omani government announced that one of its flagship projects, the US$9bn Duqm Refinery and Petrochemical Industries is expected to be completed on schedule in 2021 despite the COVID-19 pandemic,’ the report noted.

As per the Kamco Invest report, MEED Projects estimated the current amount of contracts out on bid in Oman to be over US$20bn, although some of these contracts viability does not look good because of the COVID-19 disruption.

On the other hand, certain big projects such as the US$400mn solar power (500 MW Ibri II) project have progressed despite the COVID-19 outbreak, the report added.