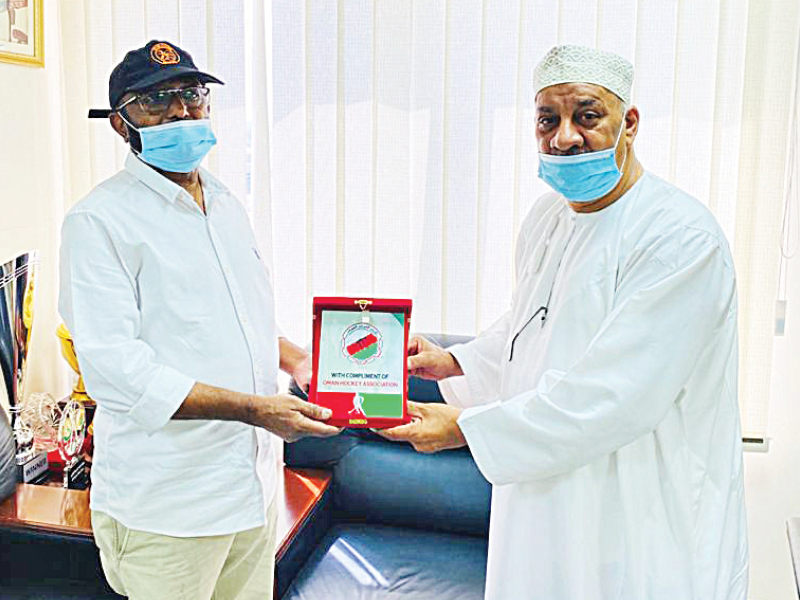 “Bellu Kuttappa has been a great supporter of Oman hockey and is the man behind the success of Team Coorg Muscat,” said Talib al Wahaibi, the Oman Hockey Association (OHA) chairman, as he bade farewell to Kuttappa at a meeting held at the OHA headquarters on Monday.

Wahaibi acknowledged the role of Kuttappa in the development and promotion of the game in the sultanate and said ‘he played a key role in the strengthening of relations between the OHA and the expatriate community in Muscat’.

“Kuttappa also facilitated the arrival of top-class players from India for His Majesty’s Cup champion and Oman’s leading club, Ahli-Sidab.

Kuttappa is leaving Oman after working for 35 years and Wahaibi wished him a happy retired life in India.

The OHA boss presented a memento to Kuttappa as a token of appreciation while Kuttappa also handed a souvenir to the OHA chief for all his support over the years.

Team Coorg has been a hockey team that has been actively participating in local competitions. The team members also played a lead role in organising annual hockey tournaments to mark India’s Independence Day and Republic Day.

They are also one of the main organisers of the Dhyan Chand Day, an yearly festival in honour of the Indian hockey wizard.

Kuttappa and Team Coorg have also received a pat from the Asian Hockey Federation (AHF) with the  AHF chief executive Tayyab Ikram commending their roles in popularising the game in Oman.