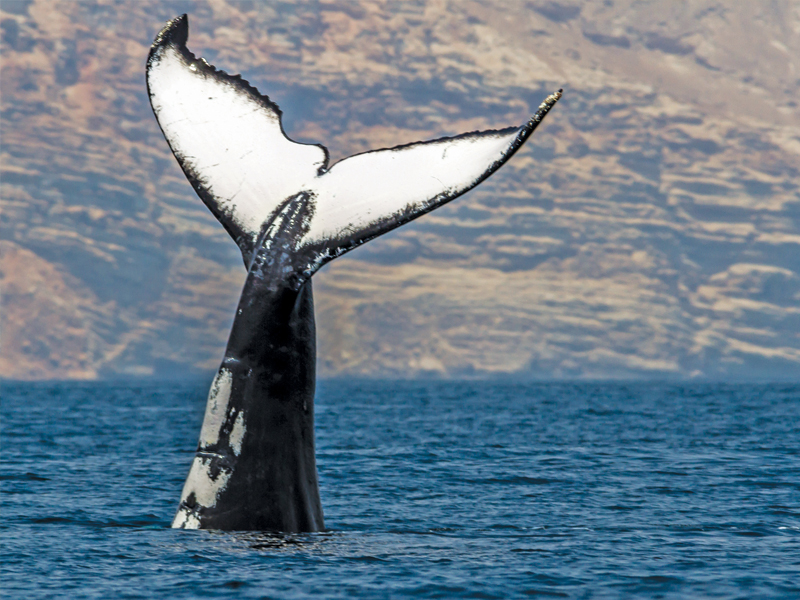 An Arabian Sea humpback whale, a unique sub-population confined to Omani waters and estimated to be no more than 100 surviving, has been sighted off Shatti Qurm beach as well as around Sawadi and Damaniyat Islands.

The Environment Society of Oman (ESO), which has been researching on the whales for over a decade with other international organisations, stated that an Arabian Sea humpback whale was reported to be sighted off Shatti Qurm beach on September 11.

‘There have also been recent sightings in Sawadi and Damaniyat. The whale is expected to be moving towards Sifah; if you have any further photos or sighting info, please let us know,’ ESO stated.

In a recently published study, ESO had stated that new evidence suggests that Arabian Sea humpback whales move around between the sultanate and India. The population of the genetically distinct humpback whales, which have been isolated for approximately 70,000 years, is estimated to be no more than 100 surviving in the Omani waters.

On December 21, 2019, scuba divers near Netrani Island off the west coast of Karnataka, India, encountered a humpback whale while travelling to their dive site.

‘The dive masters from Dive Goa, Absolute SCUBA India and West Coast Adventures knew this sighting was special, because they had all been in contact with Dipani Sutaria, who had travelled along India’s west coast from 2016 onwards raising awareness of the endangered status of Arabian Sea humpback whales, and the value of documenting their presence,’ stated Arabian Sea Whale Network, the multi-national organisation engaged in research to conserve in the Arabian Sea.

Thanks to some distinctive markings, as well as a number of distressing injuries, most notably evidence that the left side of the whales tail fluke was missing, the team of international researches supporting the whale programme in Oman could conclusively confirm that the whale matched Individual OM11-010 in their catalogue, a whale observed and photographed on two consecutive days in October 2011 in the Gulf of Masirah.

“Firstly, it confirms that OM11-010 is still alive, despite the severe injuries we first documented over eight years ago. Secondly, it provides further evidence that endangered Arabian Sea humpback whales are moving between Oman and India.”