Omantel League to resume on Oct 23 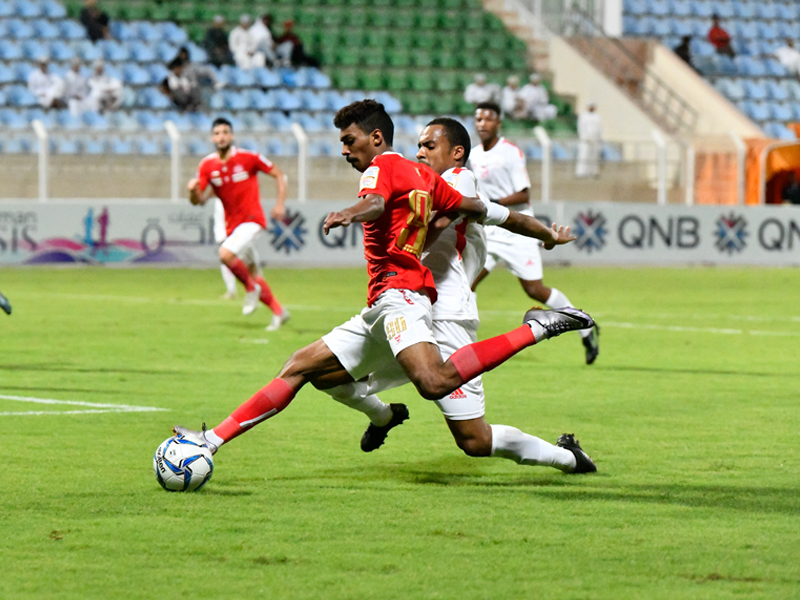 Oman Football Association (OFA), as expected, announced the schedule of the remaining three rounds of the 2019-2020 Omantel League on Sunday. The top-flight league will resume action on October 23 and conclude on November 1.

The current domestic season, which was suspended in mid-March due to the coronavirus pandemic, was given the green signal to resume by the Supreme Committee in charge of dealing with the COVID-19 pandemic on September 7.

Following the nod, OFA officials were involved with discussions with representatives of the clubs. And, on Sunday, OFA announced the schedule of the remaining three rounds of the Omantel League, the First Division League and the second-leg of the His Majesty’s Cup Championship.

All the matches will be held behind closed doors and the participating clubs and the support staff have been instructed to adhere to strict health protocols.

All the players and the support staff have to get themselves a mandatory COVID-19 test in the coming week.

The Omantel League will see all 14 teams in action on the three match days (October 23, Oct 28 and November 1).

The second-leg semifinal featuring eight-time winners Dhofar against Al Nahda will be played in Salalah on November 6 while the other match pitting Al Arouba against Ibri at the Sur Sports Complex will be held the next day. The date of the final of the HM’s Cup will be decided later.

Dhofar were held by Al Nahda 1-1 in the first-leg while Ibri lead 2-1 against Al Arouba after their win at home.

The First Division League will resume on October 21 with group action to conclude on October 30. The final three spots to decide the promotion to Omantel League will be decided on November 3.

This season, there will be three direct spots for the First Division teams and three teams from Omantel League will be

relegated. Mirbat has already been relegated from the Omantel League this season.

When the top-flight season was suspended in March, Seeb was leading the points table and is close to laying hands on the winner’s trophy for the first time with a five-point lead (50 points) over their nearest rival Dhofar.

Seeb will hope to beat relegation-threatened Oman Club when they meet on October 23 at the ROP Stadium with Dhofar tackling Muscat at home on the same day.

A win for Seeb will bring the three-time HM’s Cup winners closer to the elusive league crown.

Seeb’s next game will be against Muscat on October 28 and they conclude their campaign at Seeb Sports Stadium against Saham on November 1.