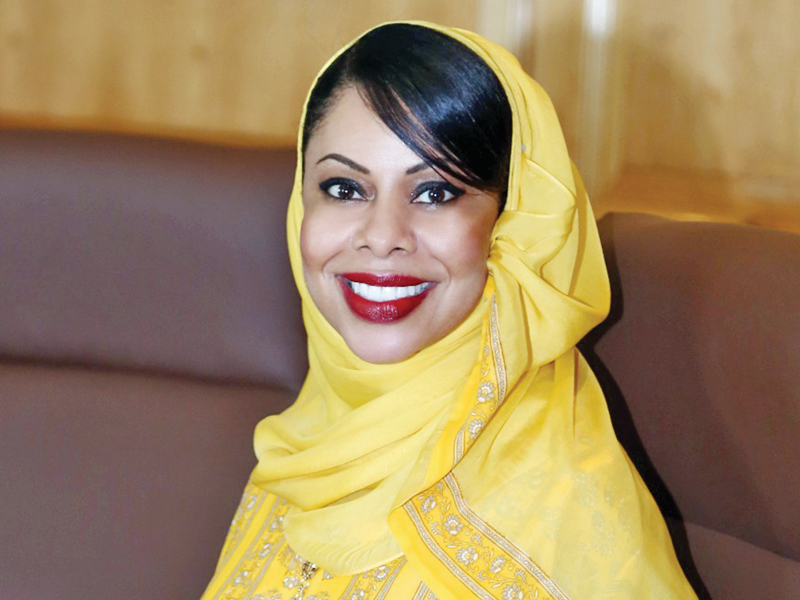 Haifa bint Juma al Khaifi, chief financial officer of PDO, has been appointed chairperson of the board and related board committees of State Street Saudi Arabia Financial Solutions following State Street Corporation’s decision to open a new office in Riyadh to cover investments in the Middle East.

The appointment by State Street Corporation, one of the world’s leading providers of financial services to institutional investors, with US$33.52tn in assets under custody and administration, and US$3.05tn in assets under management (as of June 30, 2020), was approved by the Capital Market Authority of the Kingdom of Saudi Arabia.

Haifa serves as the chief financial officer of Petroleum Development Oman (PDO) and has a proven track record of international strategic leadership in both corporates and on boards.

Haifa, who is trilingual, is recognised as one of the region’s most prominent business leaders for her extensive leadership, executive management and operational excellence over the past 25 years, and she is regularly named as one of the most influential women in the Middle East by Forbes.

Haifa has been driving PDO’s Finance Directorate (Contracting and Procurement, Operations Excellence, People & Capability, Legal, New Business Development and Finance) for over eight years, with a team of 500 staff and is responsible for the development of long-term corporate strategies, with accountability for a broad range of activities.

She has established and is leading a focused vision to steer the Finance Directorate from world-class to Fit for Future for 2020 and beyond.

In addition to Haifa’s role at PDO, she has been  instrumental in supporting the government in debt leveraging, defining optimal fiscal policy, and monetisation opportunities, at both  company and country level. Haifa sits on the sultanate’s Debt Management Committee, as well as represents Oman in discussions with the IMF, credit rating agencies and other  international government  authorities.

Haifa was also directly responsible in executing a US$4bn pre-export financing facility on behalf of the Omani government, a deal recognised by the financial markets as the benchmark deal for Oman and the region.

Haifa chairs multiple boards and committees such as the Tender Board and the Pension Fund Board of Trustees of PDO, the contributor of 75 per cent to Oman’s economy.

She will provide the board with the experience necessary for State Street Corporation to achieve one of its strategic priorities in supporting Saudi Arabia to become a global investment powerhouse.

“We are delighted and honoured that Haifa will be joining our board to help oversee our exciting new expansion plans in the Middle East,” said Jörg Ambrosius, head of Europe, Middle East and Africa.

“Bringing onboard someone of Haifa’s highly respected calibre and prominence, underpins our commitment to this venture. I know State Street will benefit from the valuable insight and counsel that she will bring to our board in Saudi Arabia.”

“This appointment, which comes in addition to Haifa’s existing PDO responsibilities, demonstrates the renowned professionalism of PDO staff and reinforces the fact that our people are truly our best asset,” said Raoul Restucci, managing director of PDO.

“Congratulations to Haifa on her appointment, and wishing her every success in her expanded role.”

“I am honoured to be appointed as chairperson of the board, an important role in State Street’s governance,” said Haifa.
“State Street Saudi Arabia Financial Solutions has a strong heritage in the Middle East, and is committed to growing in
our region. I look forward to working with the board and management in delivering this exciting strategy.”