COVID-19: Where we stand now 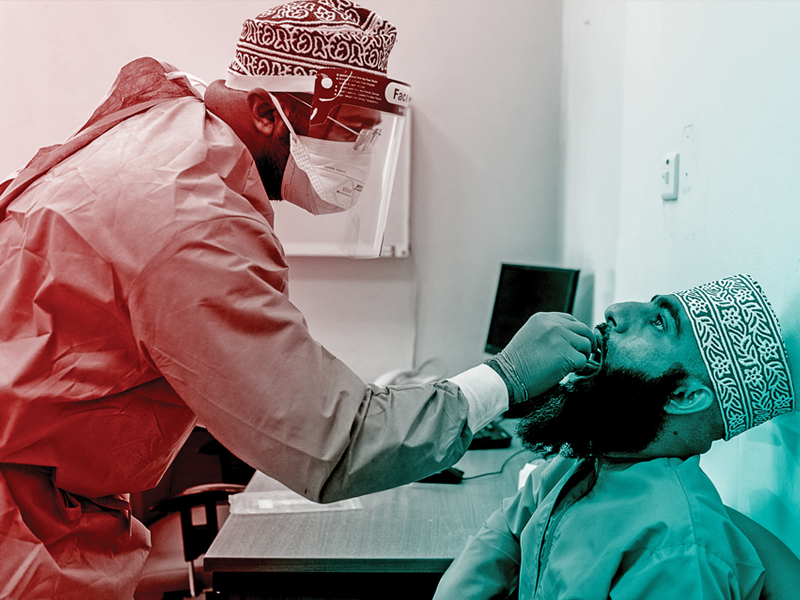 The number of new COVID-19 cases in Oman has dropped significantly as the total active cases is currently less than 5,000. Health experts say those who testing positive for the infection are dropping significantly.

According to Ministry of Health (MoH) data, the total number of COVID-19 infections in Oman stands at 87,939, while deaths due to the virus reached 751. The number of recoveries is 83,115 with 4,073 cases still active.

MoH figures revealed a recovery rate of 94.7 per cent among COVID-19 patients in Oman, far higher than the world average.

The recovery rate represents the percentage of a country’s citizens and expatriates confirmed to have been infected by the virus who have made a full recovery.

Dr Saif bin Salim al Abri, director general of disease surveillance and control at MoH, said that the number of those who tested positive to the infection dropped from 50 per cent in early July to 17 per cent recently. “Also, the cases of people being hospitalised has dropped by 33 per cent, while ICU cases declined by 40 per cent and morality cases are down by 23 per cent,” he said.

He credited the overall decline in all cases to the commitment of citizens and residents to precautionary measures set by the Supreme Committee.

“MoH monitors the pandemic’s level in Oman through three indicators – the number of hospitalised people, the number of ICU patients and the number of deaths per 100,000 of the population – which is generally the norm in many countries,” Dr Abri said.

Oman’s latest infection figures reflect a significant downward trend seen among GCC states in recent weeks. However, Oman’s deaths from COVID-19 have been rising on a daily basis despite the drop of new infections.

At the time of going to print, Saudi Arabia, which has the highest number of cases in the Gulf region, reported a total number of 322,237 cases and 4,137 deaths, according to MoH’s Tarassud app. It provides updates on the COVID-19 situation in Oman and the world.

Meanwhile, Dr Ahmed al Harthi, director of Al Nahda Hospital, said that some departments and wards of the hospital have been allocated to COVID-19 patients and that available beds are now more than they used to have.

“The month of August saw a 50 per cent decline in number of hospitalisations, compared to the three months of May, June and July,” Dr Harthi said.

Commenting specially about COVID-19 in the context of children, Dr Badriya al Wa’ili, senior consultant of paediatric infectious disease at The Royal Hospital, said that exposure of children to COVID-19 is less than adults – only seven per cent of the total infected cases.

“About 30 per cent of children between one and ten years are most vulnerable to COVID-19. Admission rate for children may reach 2.5 per cent to 4.1 per cent, while less than one per cent in ICU,” she said. Dr Badriya explained that COVID-19 symptoms among children are not different from other respiratory viruses.

“Distinguishing between COVID-19 symptoms and more than 90 per cent of mild symptoms including fever, flu, cough, headache and weakness is not easy. The symptoms may vary from one child to another,” she said.

The Ministry of Health (MoH) on Wednesday confirmed 349 new cases of the novel  coronavirus (COVID-19), taking the total to 87,939. The number of deaths reported on Tuesday was nine.