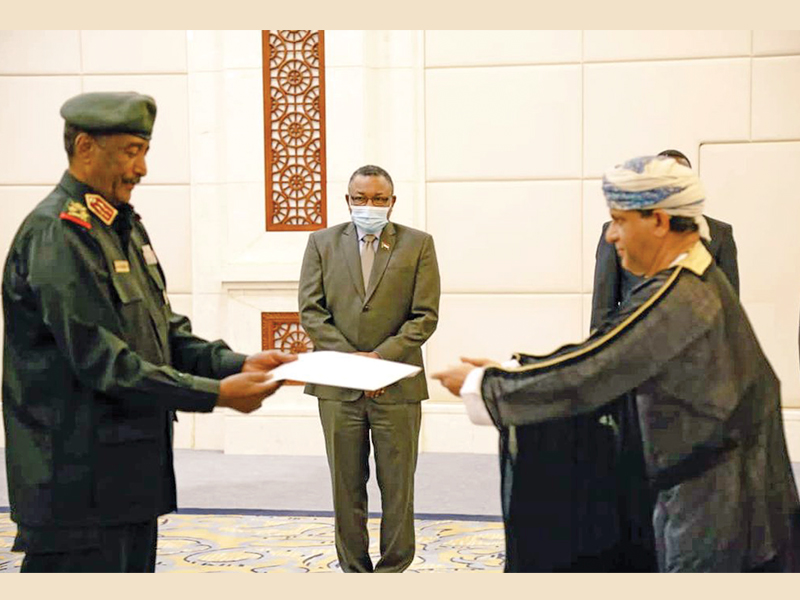 Gen Abdel Fattah al Burhan, chairman of the Sovereignty Council, Republic of Sudan, received Ambassador Ali bin Sulaiman al Darmaki who presented his credentials as the sultanate’s accredited and resident ambassador to the sisterly Republic of Sudan on Tuesday.

During the meeting, the ambassador conveyed greetings of His Majesty Sultan Haitham bin Tarik to Gen Burhan along with His Majesty the Sultan’s best wishes of good health and happiness to him and the people of Sudan further progress and prosperity.

During the meeting, Gen Burhan welcomed the ambassador, wishing him success in his tour of duties and the bilateral relations between the countries further progress and growth.

The Oman Charitable Organization (OCO) has called on people to donate for the victims of widespread floods in Sudan.

OCO announced a couple of bank accounts for people who wish to donate for the cause.

‘OCO is pleased to open the doors for donations to send relief to our brothers in Sudan through two bank accounts -Bank Muscat and Bank Dhofar,’ it said.