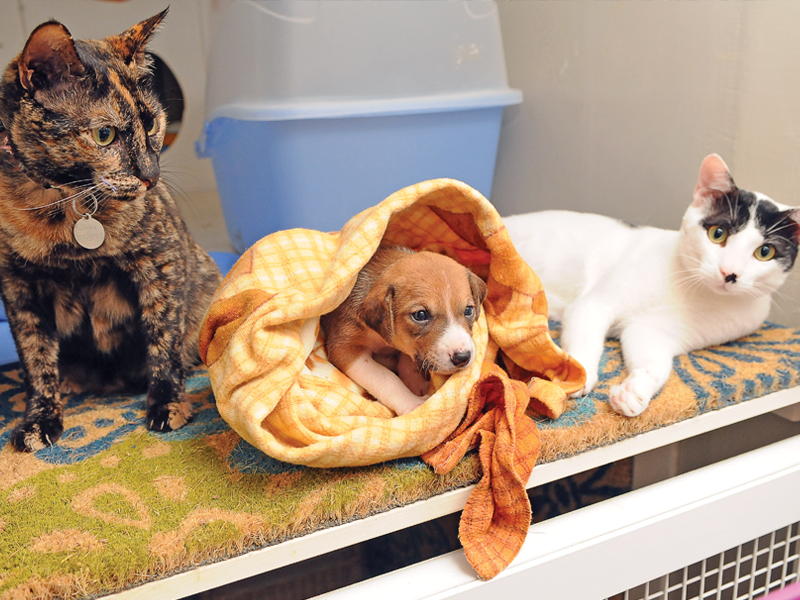 As the sun sets, cries of agony of some animals can be heard around some neighbourhoods in the city. On close inspection, one notices that some of them have collars with names. Dogs, cats and even birds can often be seen hiding in the drains or loitering in wadis and gardens. They look harmless and apparently pose no threat to people.

These are abandoned pets; their owners having left the country in a hurry owing to the pandemic-induced lay-offs.

“Abandoning them is a straight act of cruelty as these pets are not trained to fend for  themselves. Fortunately, a few of them are rescued by animal lovers who then try to get them adopted. However, given the rising number of such cases, adoptions are becoming a hassle,” she said.

“These animals also go through a lot of emotional trauma which might change their behaviour. I have been able to re-home a few cats in the last few months. However, it is more challenging to find permanent homes for wadi dogs. I appreciate the efforts of all the animal lovers who have opened up their hearts to be their foster parents until they find a home.”

The main reason for people not taking the pets along with them is that it is expensive and it is also difficult getting permission from airlines at this juncture.

Not many people are opening their doors for animals at this critical time of COVID-19 either. There is no option left for the pet owners but to abandon their beloved animals. Some do so with heavy hearts.

But there have always been people who don’t care about the animals and just leave them on the streets, said Varsha Karnik who does pet relocations at Al Qurum Veterinary Clinic. Varsha is also a member of Omani Paws.

“But to be honest, I’ve had some wonderful people come to meet me who go out of their way to get their animals homes.

And also go out of their way to  help other people’s animals. Unfortunately, there is no solution yet for the issue of abandoned animals.”

“It is more cruel to leave them on the streets to die. It is also important to try and keep your pets prepared with vaccinations, microchip, blood tests in case of sudden travel. It’s better to be over-prepared, in case the animals have to transit in a country with different requirements. Else they can leave them at some adopted homes for the time.

“But there are times when I had to tell people that I can’t send their pets because their own countries are still closed. There is a huge problem now with finding flights that can take animals.”

Some kind-hearted people who cannot find any new home or shelter for their pets leave them at pet shops.

Osama, from a pet shop in Wadi Kabir, said, “I am open for people to come and give their pets. Indeed more and more people who are leaving Oman are coming to us and giving their pets, including dogs, cats and  rabbits. Our place is a safe abode for these animals. Though they are emotionally scarred, at least they are safe here. We try and look for some new homes for them.”